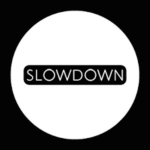 On October 4th 2017, the Slow Down (Front Room) will present Moon Hooch with their special brand of “Cave Music”.  Opening acts Jackson Whalan (a sensitive new age guy) and Lavender Fields (spiritual and technological) round out the evening’s lineup.

The Slowdown is located at 729 North 14h Street, Omaha, Nebraska. Doors open at 7:00pm with the show scheduled to start at 8:00pm.  This will be an all-ages show.

Moon Hooch is an American band from Brooklyn, New York, known for their dance-oriented percussion- and saxophone-based music.  The trio consists of James Muschler (drums), Mike Wilbur and Wenzl McGowen (saxophones).  These guys met while attending The New School for Jazz and Contemporary Music.  They have gone from playing on New York City subway platforms to selling out their own headline shows in major venues around the country.  They have toured with the likes of Beats Antique, They Might Be Giants, and Lotus.   Their current tour takes them from their starting point in Ohio to the world renowned Trans Musicales music festival in Rennes France which is known for showcasing innovative music.

BY DEAN BIRKHEIMER | Go Venue Magazine “The greatness of a culture can be found in its festivals.” – Siddharth Katragadda The temperature nearly hit 90 on Friday the 10th of September, but the music was […]

HALL & OATES and Train Fill the Century Link and in this case I “CAN” GO FOR THAT!

Words and Photos by Dean Birkheimer “Good music doesn’t have an expiration date – unknown.” On July 18th, 2018 Omaha and the Century Link Center welcomed two iconic bands in Train and Hall & Oates and […]