Notorious black metal band MAYHEM have just announced The Sanguine Sodomy of North America Spring tour. The band will be on tour with Watain and special guests Midnight starting March 7th in San Francisco, CA and wrapping on April 3rd in Joliet, IL. Tickets are available for purchase starting today. See below for the full list of tour dates and ticket links.

This past summer, MAYHEM released their EP Atavistic Black Disorder / Kommando, which features cover songs of their influences such as Discharge, Dead Kennedys, Rudimentary Peni and Ramones, with an impressive bursting and darkened sound. In addition to the cover tracks, the EP included a previously unreleased track called “Voces Ab Alta“, which was recorded during the “Daemon” session. Purchase/stream Atavistic Black Disorder / Kommando, HERE. 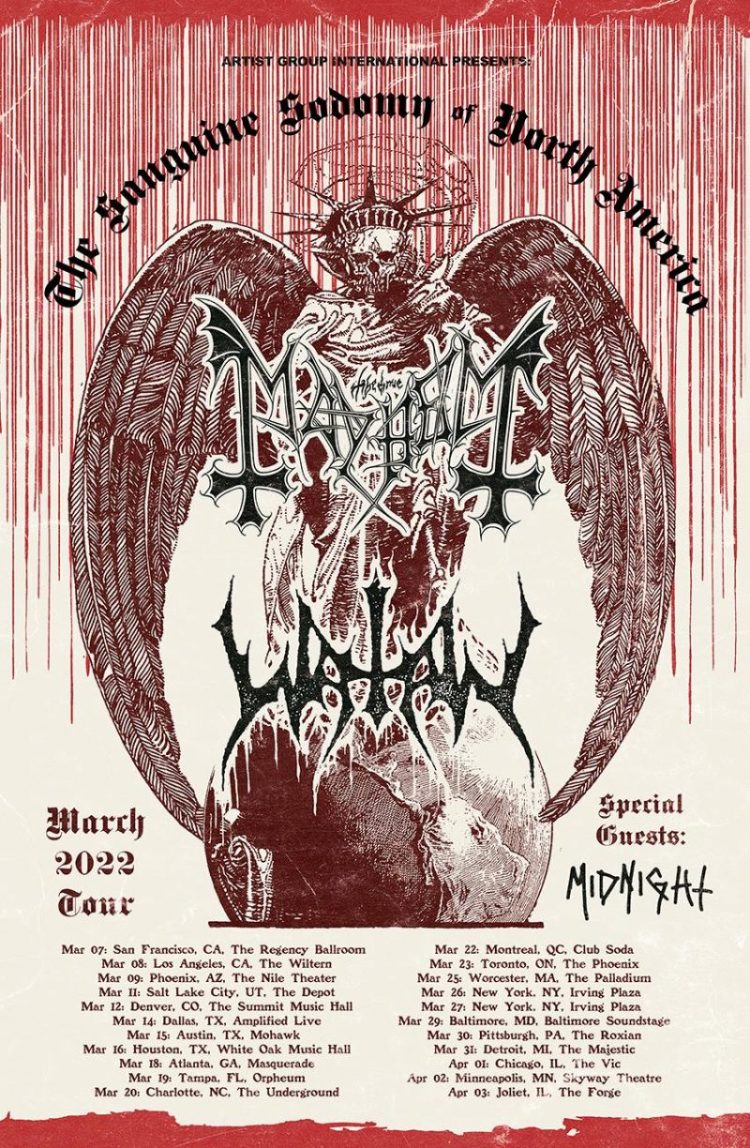 Mortiis Brings Era 1 to Catch One

BY MAURICE NUNEZ | Go Venue Magazine Last year we reviewed Mortiis when he came to Los Angeles. It was such a powerful performance that Go Venue was excited to catch him again this time […]

Legendary death metal giants MORBID ANGEL will kick off their anticipated US headlining trek later this week. The 2019 USA Sickness Tour will commence November 21st in Houston, Texas and make its way through over two-dozen cities […]

Norwegian black ‘n’ roll titans ABBATH will be returning to North America in 2020 as part of the Decibel Magazine tour along with MAYHEM. The dates will also include an appearance at Decibel Magazine Metal and Beer […]