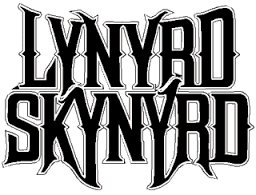 You may think that since Skynyrd played two previous shows well within driving distance of Council Bluffs that they may not get the crowd they are used to.  This was not the case as the 3,500 capacity venue was packed to the gills.  When you’re an iconic band, you can afford to play venues and dates close to each other without fear of not being able to draw.

The show started with Alex Williams.  Rolling Stone magazine listed Alex Williams as one of the 10 new country artists you need to know.  It appeared that not many of us knew Alex, but by the end of his set, it was a certainty that he had gained quite a few fans.  Alex released his debut album “Better Than Myself” in August.  He is a guitar driven modern outlaw country performer who according to NPR is an admirer of Willie Nelson.  Alex can easily be picked out of a police lineup. He sports a scruffy beard and wears his hair long.  Not to mention the winged W tattoo, a tribute to Waylon Jennings.

No doubt this fella has a long successful future in front of him. He and his bandmates are very talented and play clean and crisp.  We hope they return to the Omaha area very soon.

As you know, normally between acts you’ll hear a playlist of songs.  Usually they’ll play something to help get ya in the mood for what’s about to happen.  The last two songs played, really got the crowd going.  When Aerosmith’s “Back in the Saddle” ended the crowd exploded as if the actual band was on stage. The last song before Skynyrd took the stage was AC/DC’s “Thunderstruck”. I think this was actually part of their act and I’m sure I don’t need to tell you what this song does to a crowd that is already chomping at the bit to be entertained.  When Skynyrd did take the stage the place erupted.  “Working for the MCA” blasted those in attendance and was the perfect song to kick off the show.  Guitarist Rickey Medlock (founder of the band Blackfoot) was in fine form.  Everything he did, he did to perfection.  The vocals from Johnny Van Zant were crystal clear.  The entire band played enthusiastically and fed off the vibe the audience gave em’.

Skynyrd did what they always do.  They played the hits, they played them well and they played them loud. Of course, they saved the best for last and hit us with Sweet Home Alabama and Free Bird to close the show.  It was a perfect night, with perfect weather, at a perfect venue and with a perfect rock and roll band.

REVIEW BY DAVID TAYLOR and PHOTOS BY ROBERT A CHADWICK | Go Venue Magazine On May 13, Stir Cove at Harrah’s Casino in Council Bluffs, Iowa kicked off their summer concert season by bringing in […]

WORDS BY DAVID TAYLOR AND PHOTOS BY ROBERT A CHADWICK | Go Venue Magazine On Wednesday, September 11, Stir Cove was the place to be as Flogging Molly and Social Distortion brought their brand of rock n’ roll. Everyone of […]