Following an extremely successful first-ever tour of North America, in which every venue sold out, enigmatic pagan collective HEILUNG are returning to the states for one spectacular evening! The Danish formation will be bringing their mesmerizing ritual to the historic, century-old Red Rocks Amphitheater in Denver, CO on October 6. Ticket pre-sales will start on Wednesday, March 4 at 10:00 A.M. MST. General on-sale will start on Friday, March 6 at 10:00 A.M. MST. Tickets can be purchased HERE.

HEILUNG will be supporting their 2019 release, ‘Futha,’ which debuted at #3 on the Billboard Heatseeker charts and #4 on the Billboard World Music Charts, placing on a total of seven Billboard charts within the first week of its release.

Moreover, HEILUNG has recently announced the standalone Blu-Ry for their ‘Lifa’  live film. Filmed during a late summer night at Castlefest 2017 in The Netherlands, ‘Lifa – Heilung Live at Castlefest’ captures HEILUNG‘s legendary debut performance. This will be the first time that the mesmerizing footage is available worldwide as a stand-alone audio/visual (Blu-ray) piece. ‘Lifa’ lays bare the power and majesty of the enigmatic Danish trio’s deep and enchanting live ritual for all to experience.

The Blu-ray will be released on April 24 via Season of Mist and can be pre-ordered HERE.

The digital stream of ‘Lifa,’ which has over 4 Million views to date, can be seen HERE.

Earlier this year, HEILUNG brought their mesmerizing live ritual to states and Canada for the first time ever, which sold out every venue within 72 hours of announcing.

During this year’s Game Awards, HEILUNG announced that they will be working with U.K.-based gaming company Ninja Theory on the soundtrack for their upcoming game, ‘Senua’s Saga: Hellblade II.’ The announcement trailer for the new game features HEILUNG‘s song ‘In Maidjan,’ which is taken from their debut album, ‘Ofnir.’ Watch the trailer HERE.

Speaking of the collaboration, HEILUNG comment, “It is with the uttermost joy and deepest respect that we can finally reveal: Heilung is collaborating with Ninja Theory on the soundtrack for ‘Senua’s Saga: Hellblade II.’  From the very first meeting with co-founder & Chief Creative Ninja Tameem, Commercial Director Dominic, and Audio Lead David, we discovered that although we work on very different platforms, the core is very much alike.  Both Heilung and Hellblade are deeply inspired by nature and history and aim to alter your state of mind.  We are looking very much forward to present this hybrid child, born from a meeting between ancient spirits and the technology of tomorrow.”

‘Futha’ was released on June 28 and can be streamed HERE and ordered HERE. 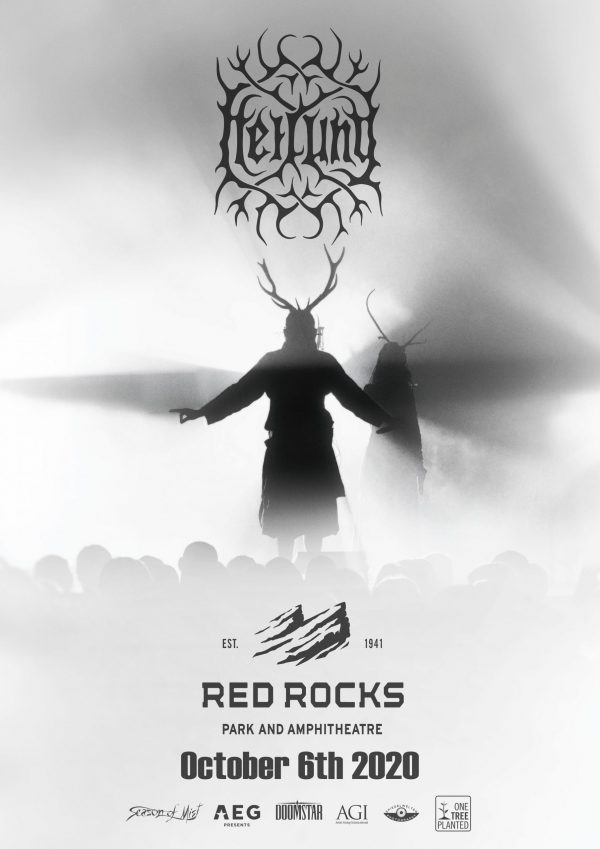 Following an extremely successful first ever tour of North America, in which every venue sold out, enigmatic pagan collective HEILUNG are returning to the states for one spectacular evening! The Danish formation will be bringing their mesmerizing […]

BY STEPHANIE LEMUS | Go Venue Magazine Experimental folk band, Heilung, performed at the Novo in Downtown Los Angeles on January 9, 2020 in front of a packed audience. Fans in attendance were wearing similar […]

MAURICE NUNEZ | Go Venue Magazine Last time I had the privilege to see Heilung was back in January 2020. They had sold out the Ogden Theater in Denver. This time around would be the […]