Tonight’s event featured black metal’s finest, Sweden’s Dark Funeral. This evening they were stopping by Grill ‘Em All in Alhambra, CA to meet with fans and give them an opportunity to purchase tour merch before they embarked on their ‘Devastation On The Nation North American Tour.’ The tour kicks off in San Diego, CA and continues across North America ending back in California with a Sold Out show in Los Angeles. Tonight the band announced a signing at Grill ‘Em All from 7pm – 9pm, but fans began to line up much earlier. Free wristbands were given to fans earlier that afternoon, which guaranteed them an opportunity to meet the Ineffable Kings of Black Metal, Dark Funeral. 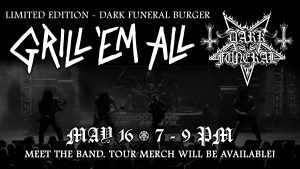 The venue, Grill ‘Em All, was the perfect spot to host the event. This is a heavy-metal fan’s dream of a burger joint. These are some of the best gourmet burgers around. At the same time the place is decorated with heavy metal memorabilia and is always playing metal music during business hours. Their menu is filled with burgers named after bands like Behemoth, Immortal and Dee Snider. And of course you can’t forget about the Metallica burger which includes swiss, avocado, bacon, ranch, lettuce, tomato, and red onion. But tonight’s Grill ‘Em All special was the limited edition Dark Funeral Burger, which consisted of blood bologna, goat cheese, spicy cherry, blueberry chutney, garlic, berry aioli, and field greens. The perfect burger for that black metal craving.

The band arrived to a crowd of 300+ who were patiently waiting to get a chance to meet them. The fans formed at what seemed to be a never ending line that extended down the block. The members, Lord Ahriman (Guitar), Chaq Mol (Guitar), Jalomaah (Drums), Heljarmadr (Vocals), and Adra Melek (Bass) were there to meet with each and every fan. Not only did they sign whatever the fans brought to them, but they were happy to take photos. They stayed and signed for over 2 hours, until all the fans were through. The Los Angeles fans will get to see them once again when they play to a Sold Out crowd on June 15th at 1720.

Be sure to check out Dark Funeral on their current tour and if you’re in the Los Angeles area, Grill ‘Em All is a must for any metal-head burger lover! The best burgers in town and the staff is the best. As they say there, “Death to False Burgers!” 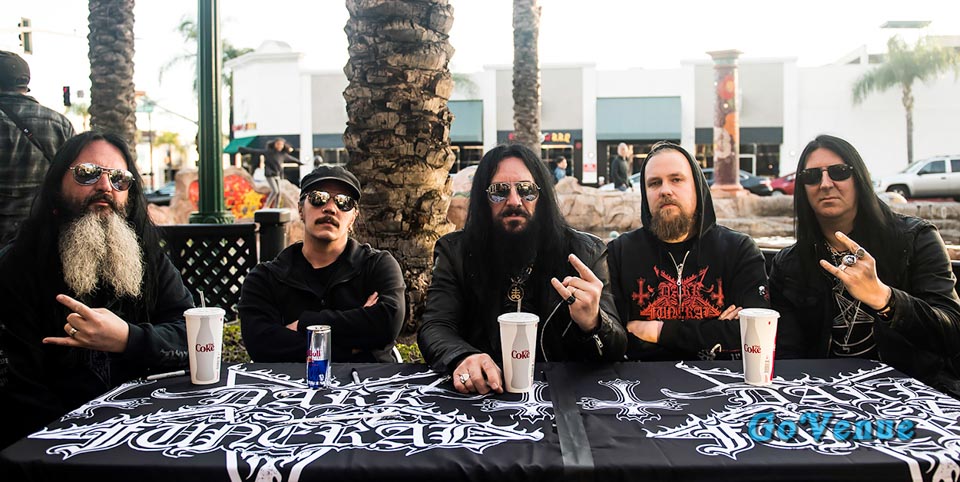 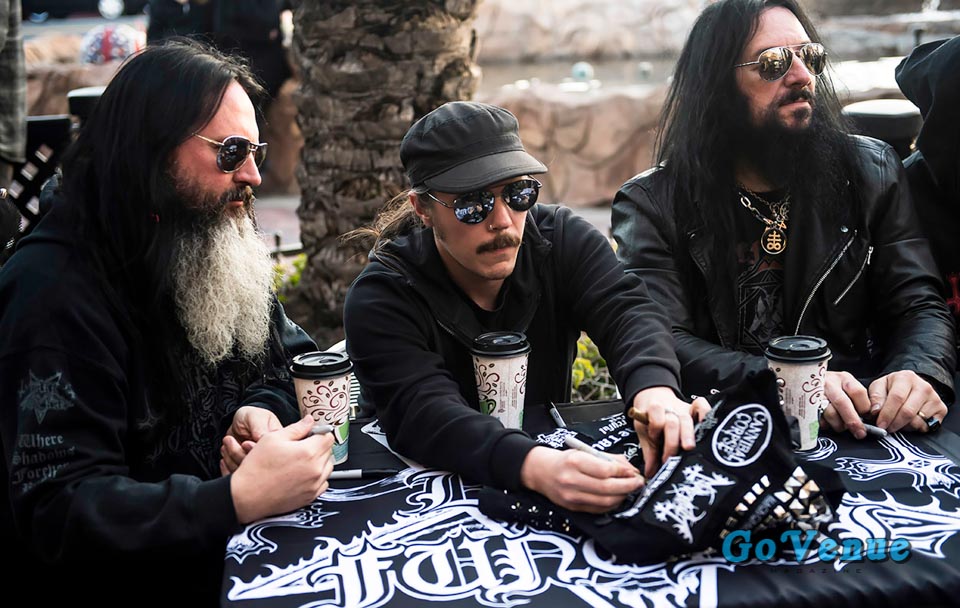 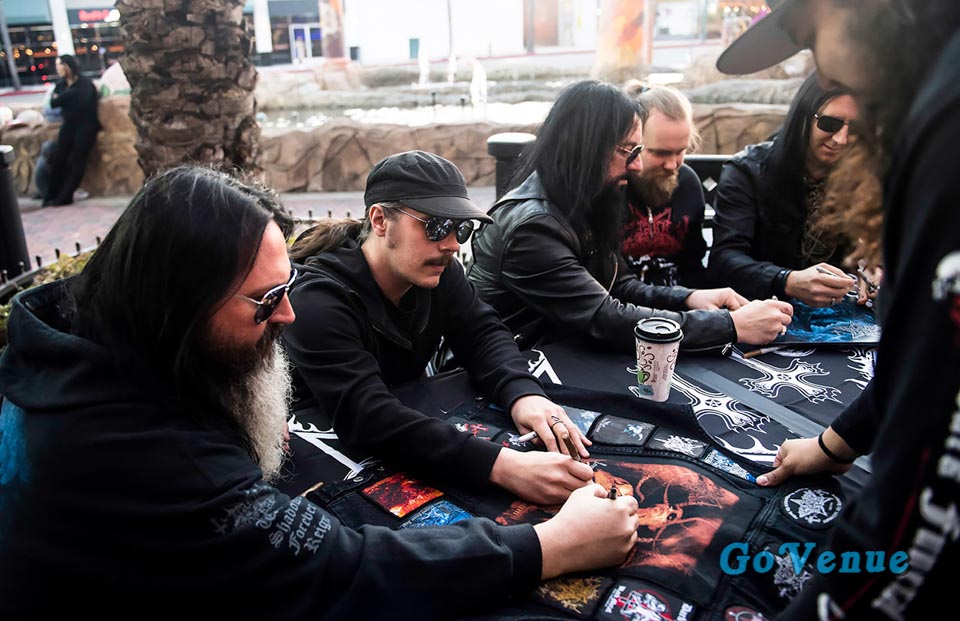 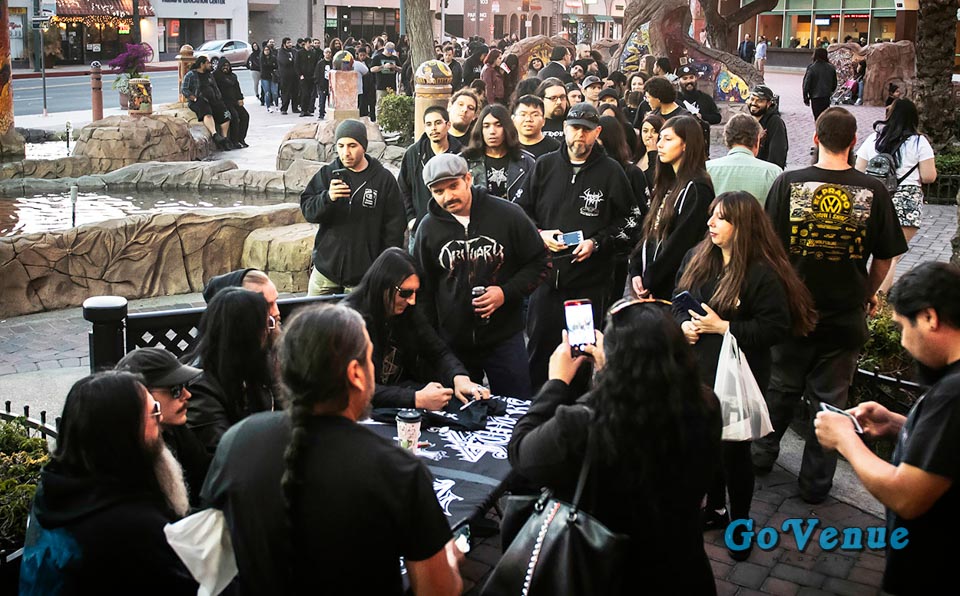 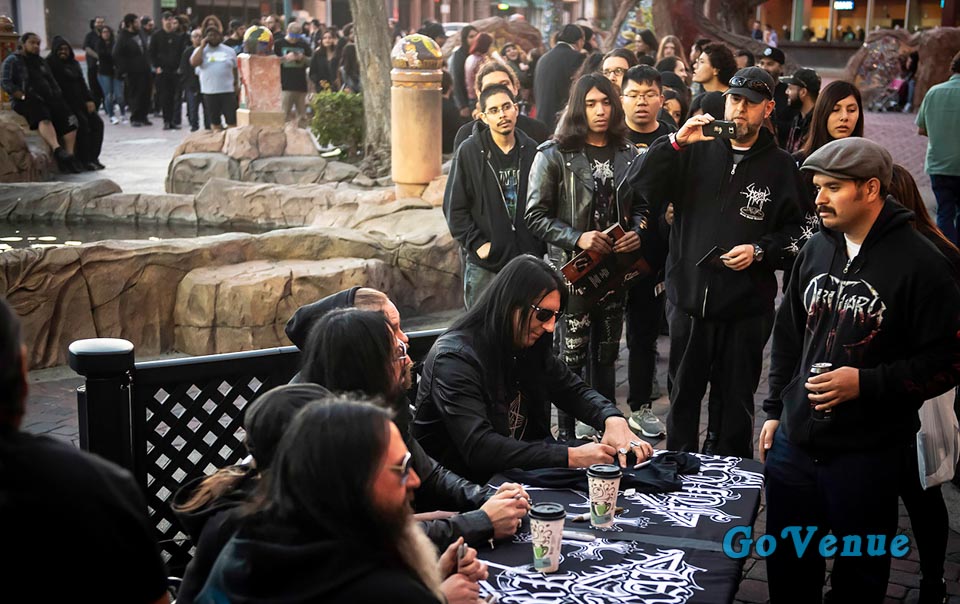 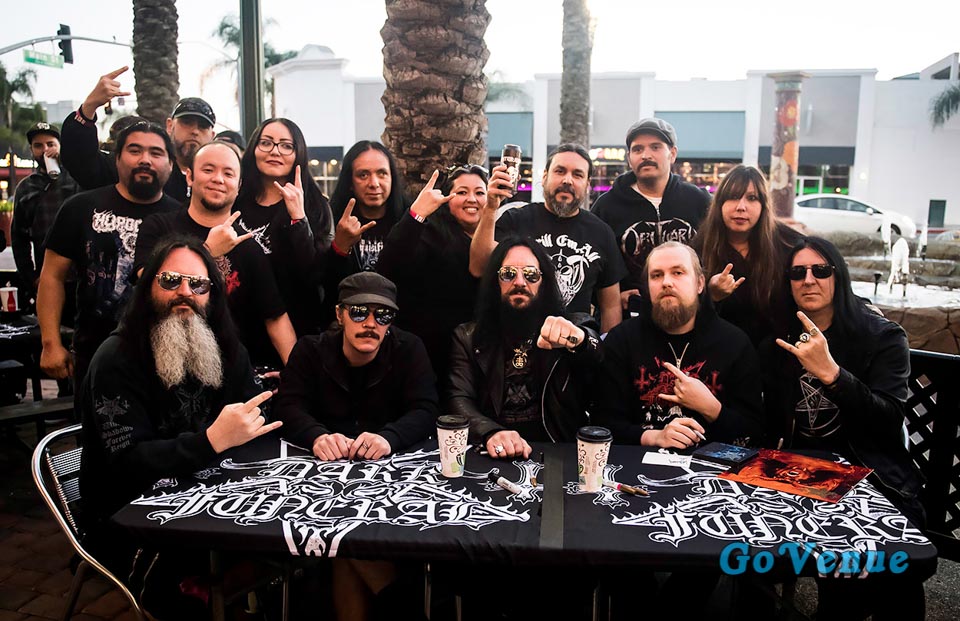 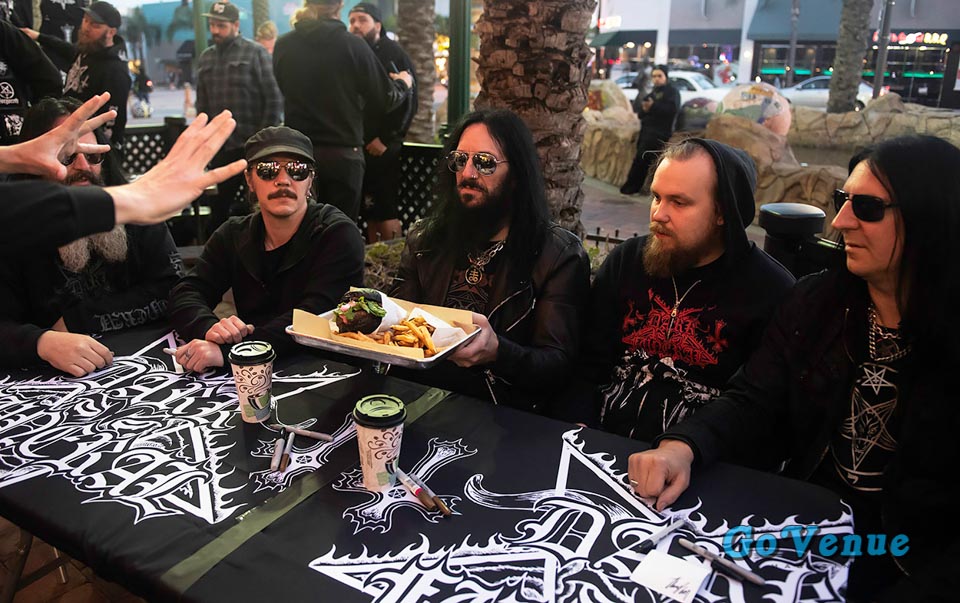 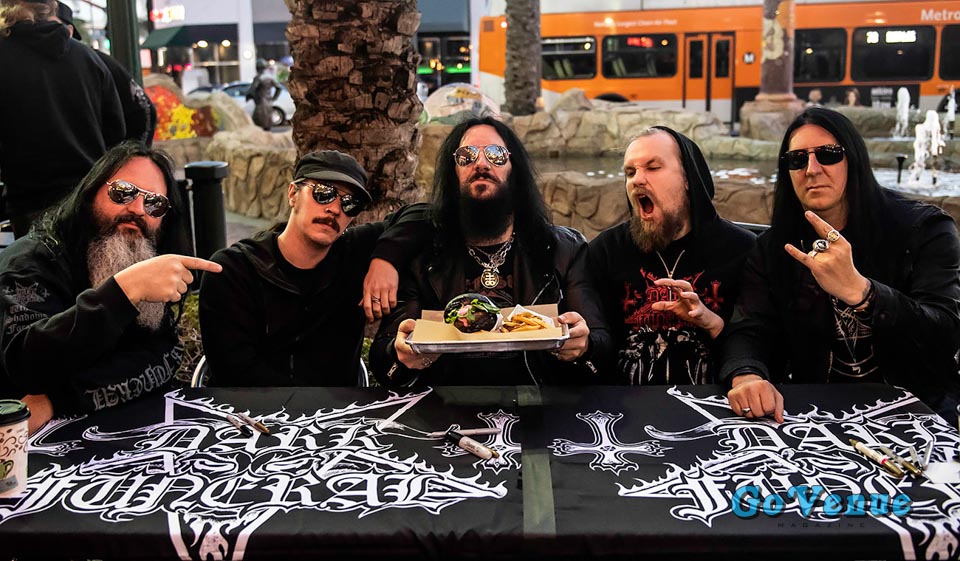 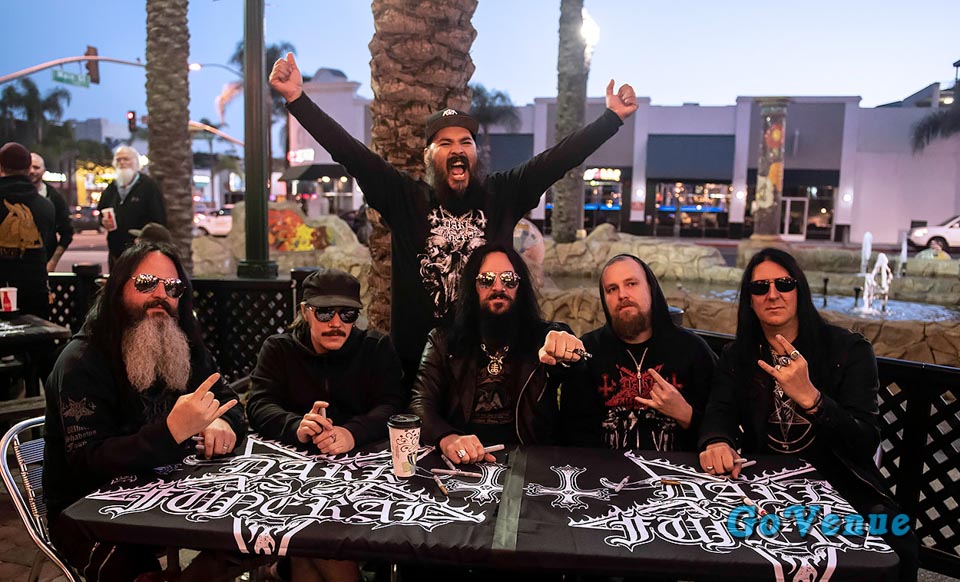 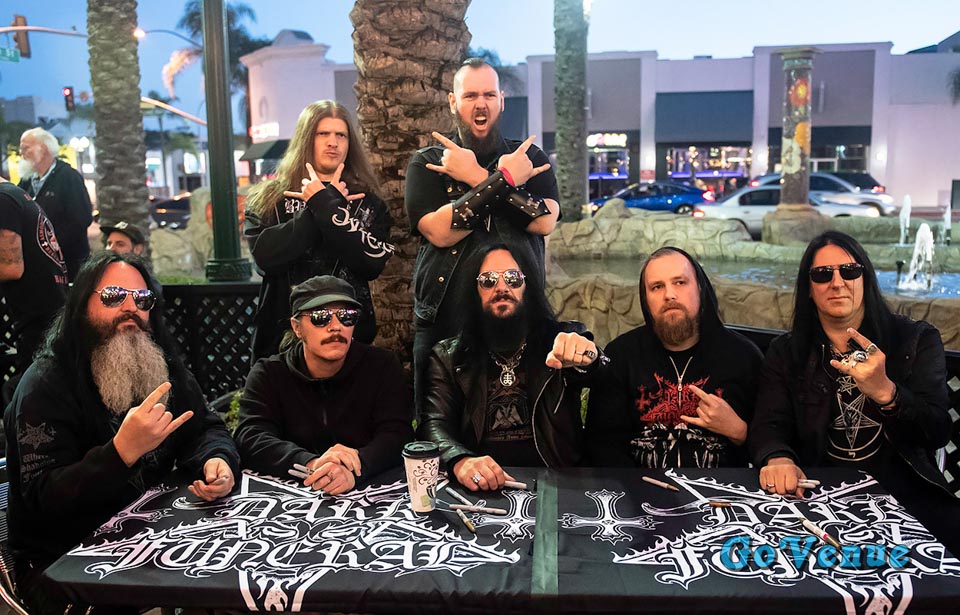 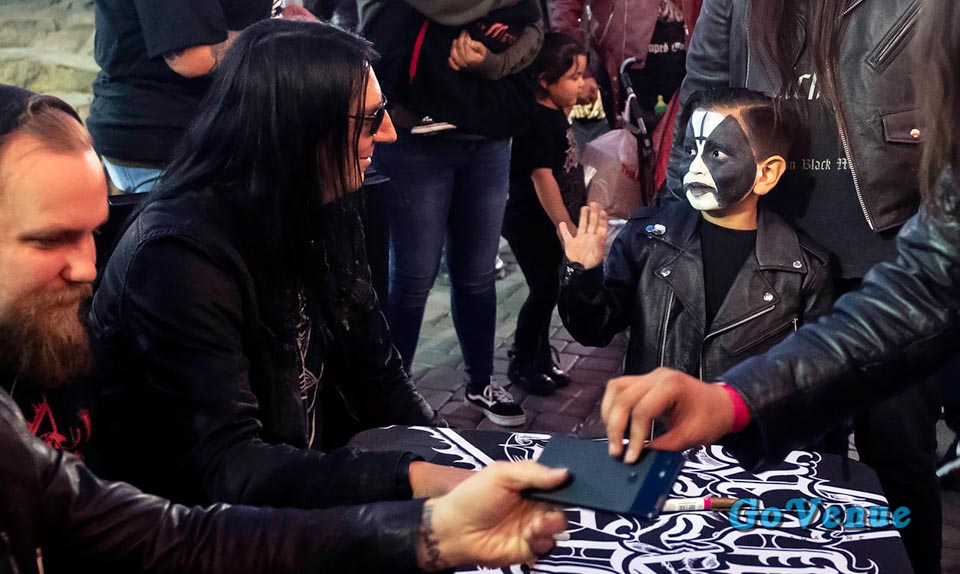 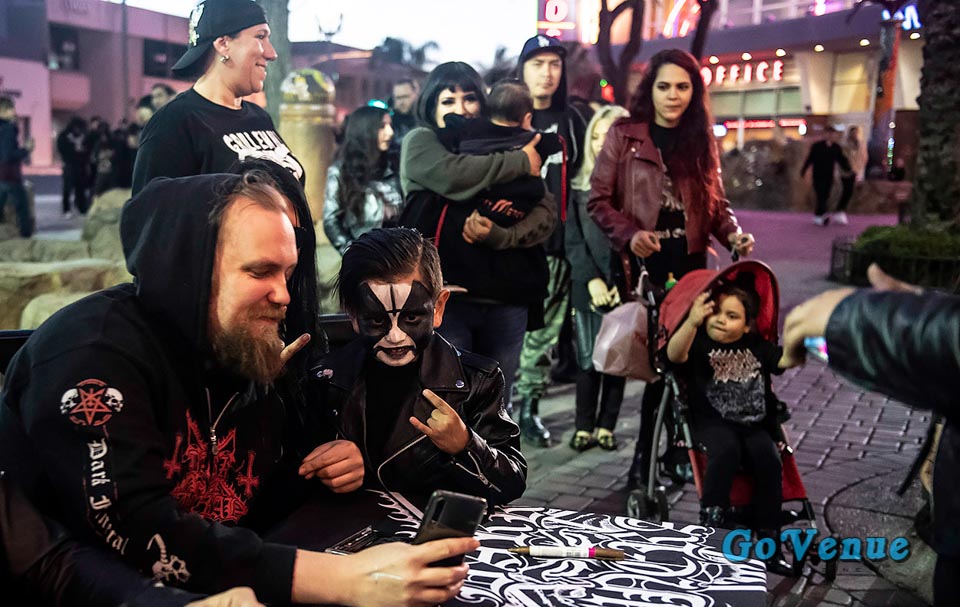 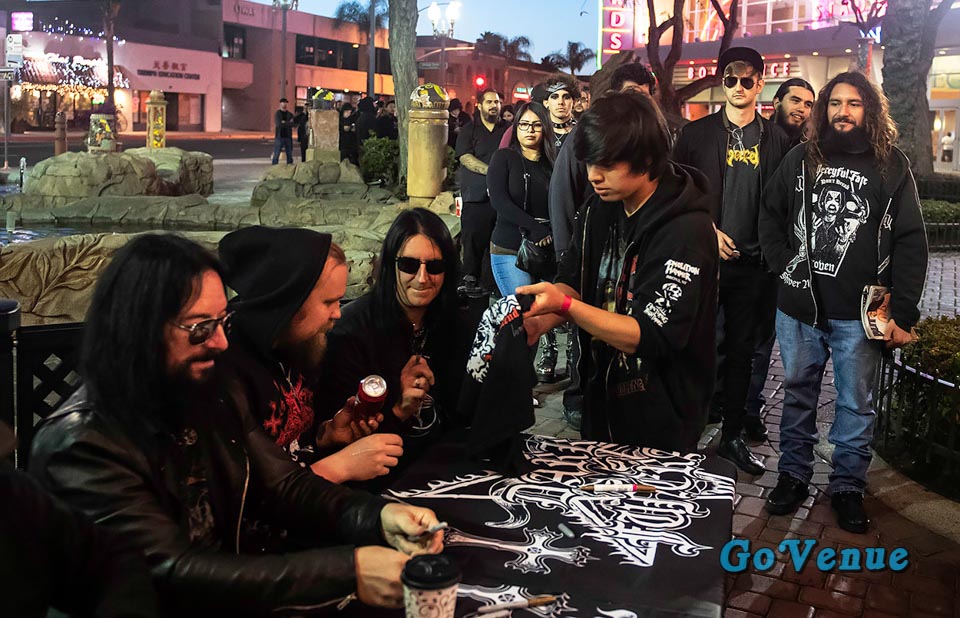 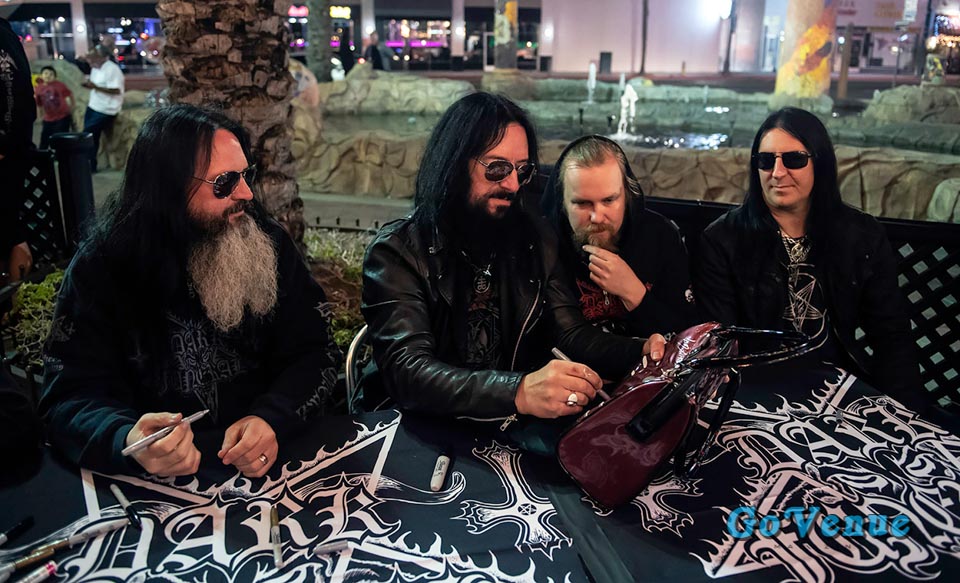 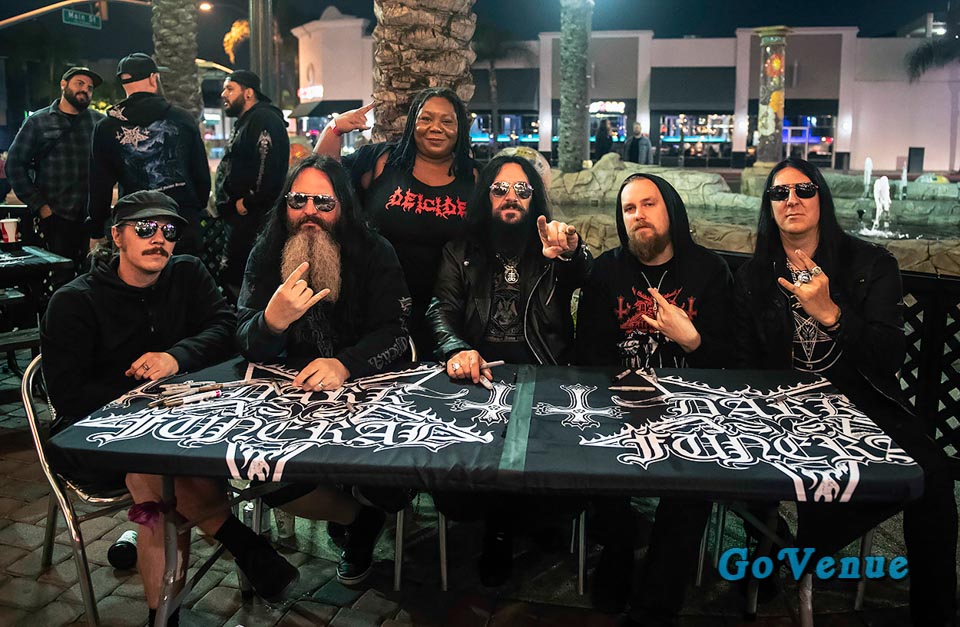 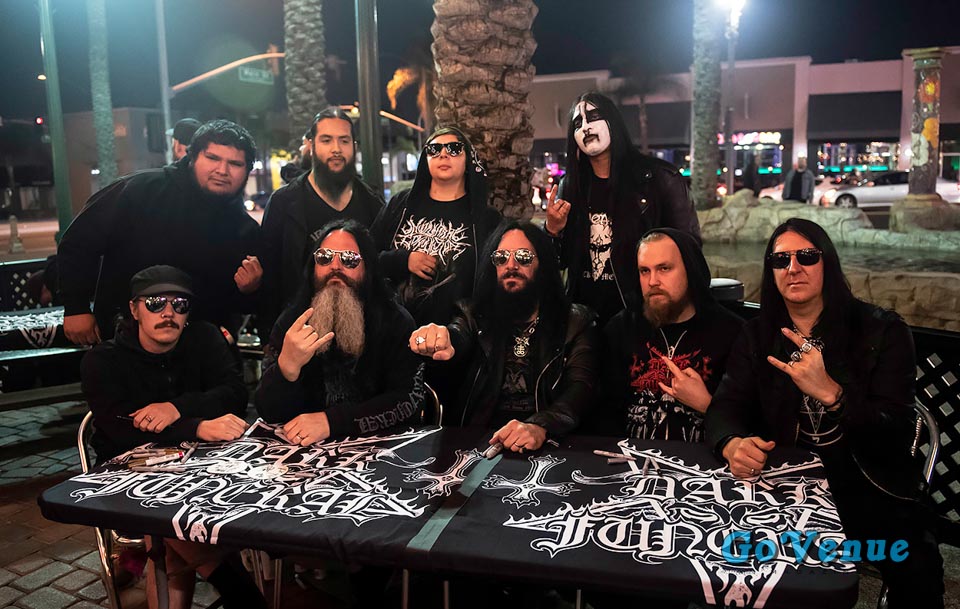 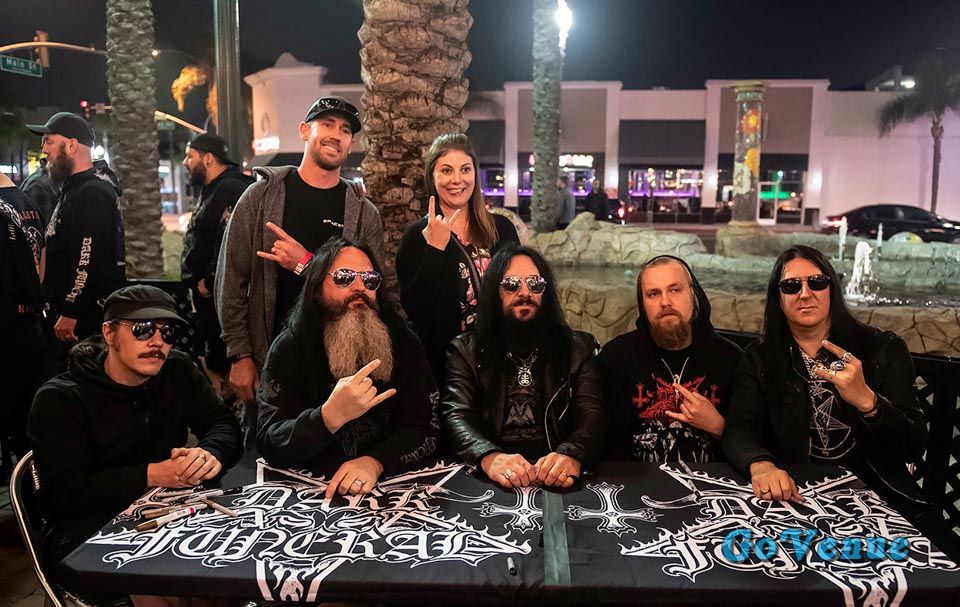 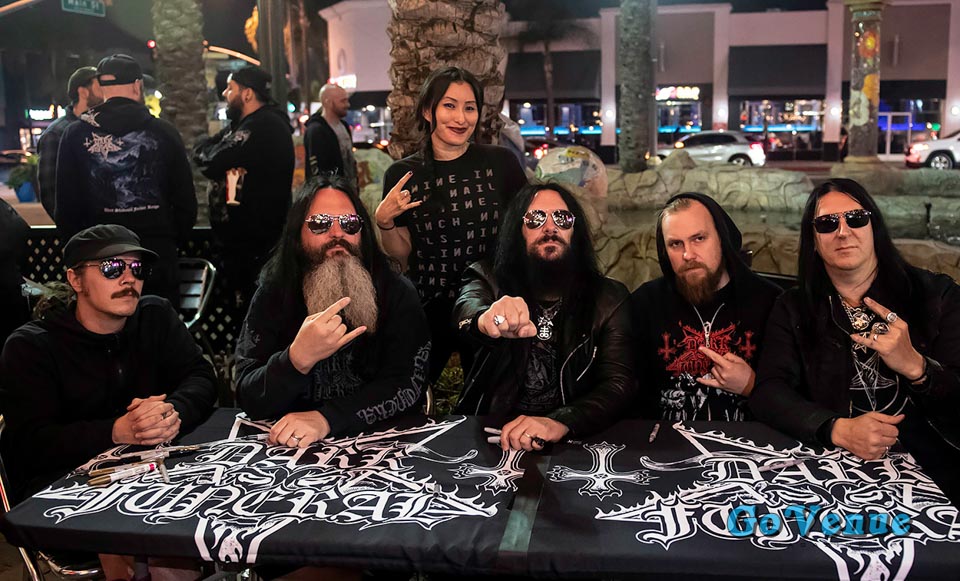 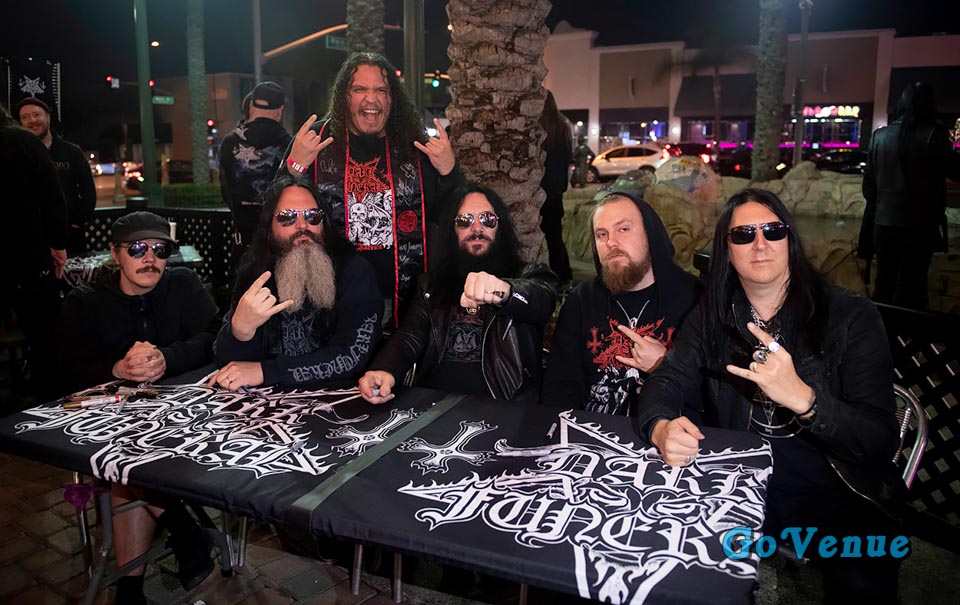 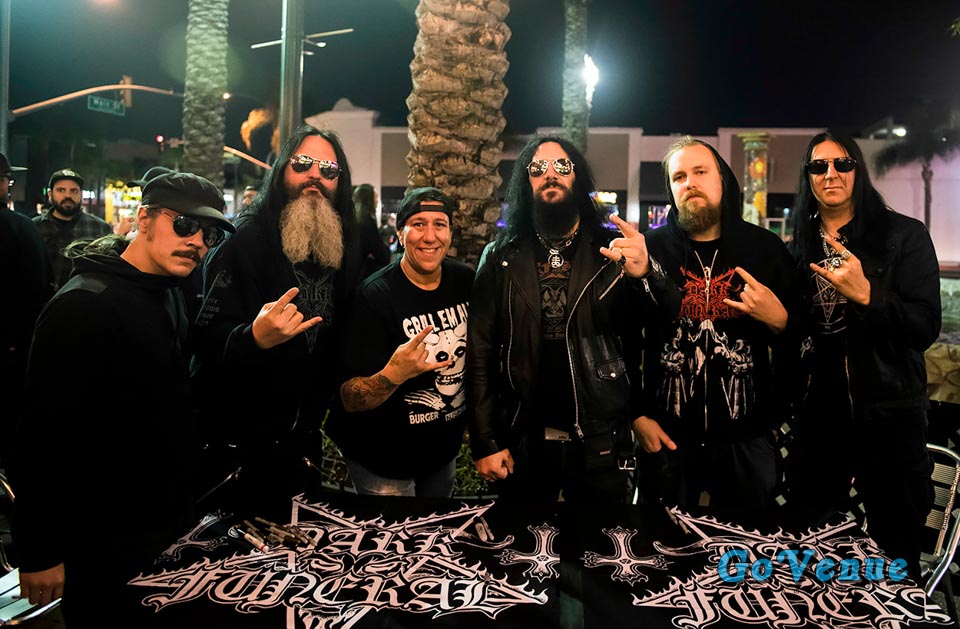 BY MAURICE NUNEZ | Go Venue Magazine Virginia based doom metal band, Windhand along with Satan’s Satyrs, played the El Rey Theater, an original art deco theater in the heart of the Miracle Mile – […]