A Bit of history:

After departing from the legendary horror punk band The Misfits, and then Samhain, Glenn Danzig embarked on one of the most successful solo careers. Danzig’s third studio album with very little to none television or radio exposure was the bands first to crack the Top 30 on Billboard and was very  well known for tracks like Dirty Black Summer, Sistinas, and of course How The Gods Kill. Another great attribute to this album was the album cover itself. The albums cover is a 1976 painting called Meister und Margeritha (The Master and Margarita) by famous Swiss artist H.R. Giger. For the cover, Giger modified the original painting, covering “The Masters” erect penis with a dagger bearing his interpretation of the Danzig skull symbol.

Danzig’s third album expanded the bands musical range. The authentic instrumental matched the darkness of Glenn Danzig lyrics, making this a recognizable album. With songs like Godless an occult like anthem as an opening song and Sistinas which explore a more darker and more adventurous side from its predecessor. Their Blue-based approach to Heavy Metal remained intact with tracks When The Dying Calls and Heart Of The Devil. Although Heart Of The Devil might be undesirable to most and gets very little attention, to me this track represents a strong “Heavy Metal Blues” sound with a sincerity of evilness  and sexually charged vocals from Glenn Danzig, combined with the power house of instrumentals from Eerie Von, John Christ, and Chuck Biscuts, make this track surprisingly unforgettable.

In recent interviews Glenn Danzig says he will stop touring, the road life takes away too much time away from his other projects. But once  again he hits the road for HTGK 25th year anniversary tour along side promoting his newest album Black Laden Crown, with a few East Coast shows and Only 3 West Coast shows, you don’t want to miss. 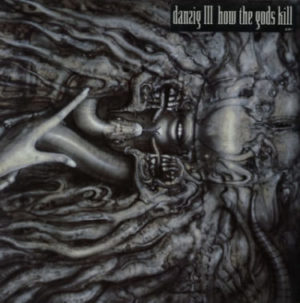 BY MAURICE NUNEZ | Go Venue Magazine Cinepocalypse has terrorized Chicago audiences at the historic Music Box Theatre with an annual slate of premiere films, guests, and bloodcurdling entertainment. Tonight was no different as they were premiering Glenn […]