…and the band played on.

It’s nothing short of miraculous that legendary hard rockers AC/DC were able to record their most recent album, the stunningly fresh-sounding Power Up, at all. The last six years have not been kind to the band. Over the course of three short years, founding guitarist Angus Young (he of the iconic schoolboy attire and Gibson SG) watched the members of the classic Back in Black line up fall away one by one.

First, AC/DC founder and rhythm guitarist Malcolm Young was forced into early retirement by the onset of dementia. There were signs as far back as 2008’s Black Ice World Tour.  Malcolm reportedly settled into his hotel room prior to shows to relearn many of the band’s iconic riffs that he himself had written. For the 2014 Rock or Bust album and tour, nephew Stevie Young filled in for his uncle. Malcolm succumbed to complications from the disease in November 2017.

Longtime drummer Phil Rudd was sidelined in New Zealand facing all sorts of litigation including but not limited to procuring a murder. A forced sequestration in his Tauranga home brought back Razor’s Edge era drummer Chris Slade for photo and video shoots and a world tour.

Next, singer Brian Johnson was forced to leave midway through the 2016 Rock or Bust world tour or risk permanent and complete hearing loss. Guns n’ Roses frontman Axl Rose filled in for the remainder of the tour to rave reviews.

Finally, bassist Cliff Williams, dealing with his own health issues, had had enough of life on the road and vowed that the 2016 tour would be his last. In a genuine gesture of appreciation, a clearly caught off-guard Williams was coaxed by Angus to the front of Wells Fargo Center stage in Philadelphia for a final bow.

Angus Young was literally the last man standing at the end of the tour.

This begs the question: who the hell did Angus Young have in the studio with him to record Power Up? The answer is all of the aforementioned – including Malcolm. Sort of. Confused yet? 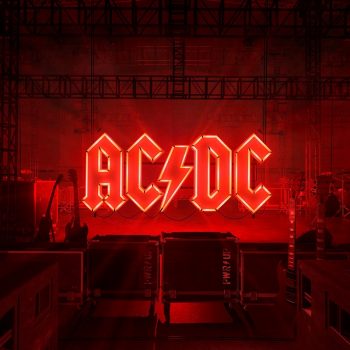 After sitting around for two years, Columbia Records called up Angus and asked if he wanted to do an album. Angus, in turn, reached out to Rudd, Johnson, and Williams – all jumped on board.  Stevie would continue on in his role succeeding his uncle.

Yet, Malcolm’s fingerprints are all over Power Up. Culled from riffs the brothers Young had stockpiled over the years, Angus painstakingly waded through vast vaults (Angus has hinted that there are plenty more songs coming). Thus, Malcolm received co-writing credits for every song on Power Up. In fact, as Back in Black was a tribute to late singer Bon Scott, Power Up serves as an electrifying tribute to Malcolm.

Kicking off with the iconic Brian Johnson caterwaul, ‘Realize’ is a barnburner of an opener to let everyone know the band is back and stronger than ever. ‘Rejection’, with a riff reminiscent of ‘Shot Down in Flames’, is a nice midtempo AC/DC number that would fit right at home on any AC/DC album.

Through the Mists of Times might be the poppiest song the band has ever released this side of You Shook Me All Night Long. A (very) rare moment of introspection, it begs the question of why this wasn’t released as the lead single over comparatively the by-the-numbers Shot In the Dark. Album closer Code Red shows AC/DC slowing down a Beating Around the Bush-esque riff to great effect.

The great thing about AC/DC songs is one could take, say, No Man’s Land, and place it on any of the band’s other 16 albums and it would not be out of place. AC/DC simply doesn’t change. That’s why we love them. That iconic voice. That iconic guitar tone. The listener immediately recognizes AC/DC for what they are – a no-frills barroom rock band that has successfully chugged along while eschewing whatever happens to be the flavor of the month in the music world.

Power Up is indeed a fitting tribute to the band’s founder and driver, Malcolm. And we should all be so thankful that AC/DC has come to save the shit year known as 2020.

You can order Power Up here.

AC/DC: ‘Back In Black’ Anniversary Edition

CHRIS STROUD | Go Venue Magazine So, I was asked to do a review on AC/DC‘s ‘Back in Black’ in honor (for want of a better term) of the album’s 40th Anniversary.  It’s strange to […]

Hairball Proves that Rock ‘N Roll is Here to Stay!

JOE DeSANTI | Go Venue Magazine The date was June 4, 2021.  The place was the Ralston Arena in Omaha, Nebraska.  The band was Hairball!  The days of canceled events and staying home because of […]