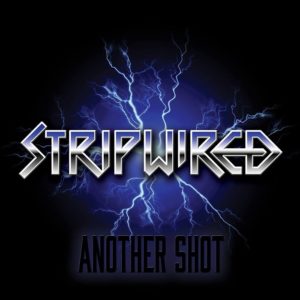 Dallas’ hard rock band Stripwired is the brain child of Michael Mroz and Darren Caperna and has evolved from their 19 year old AC/DC Tribute band Back in Black. Singer Darren Caperna auditioned for AC/DC in March of 2016, when Brian Johnson had to leave due to hearing problems, and Mroz was introduced to Angus Young. After the audition, the pair were once again inspired to write new original material. The album, ‘Another Shot’, slated to be released mid January 2019, will be available digitally online, on CD, and vinyl (see below).

The band has been revitalized by the strength of their current line-up, featuring Ken Schiumo (Drums), Sheldon Conrad (Bass), and Ramiro Noriega (Guitar).

Watch and listen their videos below:

‘Another Shot’ CD and vinyl can be purchased HERE.

A retrospective look at the iconic album from AC/DC. A magnificent album that shot the group from rising credibility to supergroup and into rock legend status. Highway To Hell BY STEVE WALKER | Go Venue […]

The Waiting Room Reopens with a Killer Show

JOE DeSANTI | Go Venue Magazine The Waiting Room Lounge in Omaha, Nebraska, reopened its doors on Friday night June 19, 2020, after being closed due to the Coronavirus epidemic.  The entertainment for the night […]