The first wave of confirmed guests to join The Taylor Hawkins Tribute Concerts in celebration of the life, music and love of one of modern music’s most beloved figures has been confirmed.

The Taylor Hawkins Tribute Concerts will feature the likes of Miley Cyrus, Liam Gallagher, Joan Jett, Mark Ronson, members of Queen, The Police, Rush, Kiss, The Pretenders, Motley Crue, Queens of the Stone Age, Rage Against The Machine, Red Hot Chili Peppers, Supergrass, a special appearance by Dave Chappelle (in the UK only) and Chevy Metal, plus more to be announced — playing the songs that Taylor loved and created, with and alongside his FF brothers Dave Grohl, Nate Mendel, Chris Shiflett, Pat Smear and Rami Jaffee.

The two all-star global events in celebration of Taylor’s memory and his legacy as a global rock icon will take place September 3 at London’s Wembley Stadium and September 27 at The Kia Forum in Los Angeles. For specific lineups — and to sign up to receive information on updates, timings, ticketing links and on sale dates — go to https://www.foofighters.com/.

The Taylor Hawkins Tribute Concerts will benefit charities in both the UK and the US chosen by the Hawkins family. Beneficiaries and further details will be announced shortly. 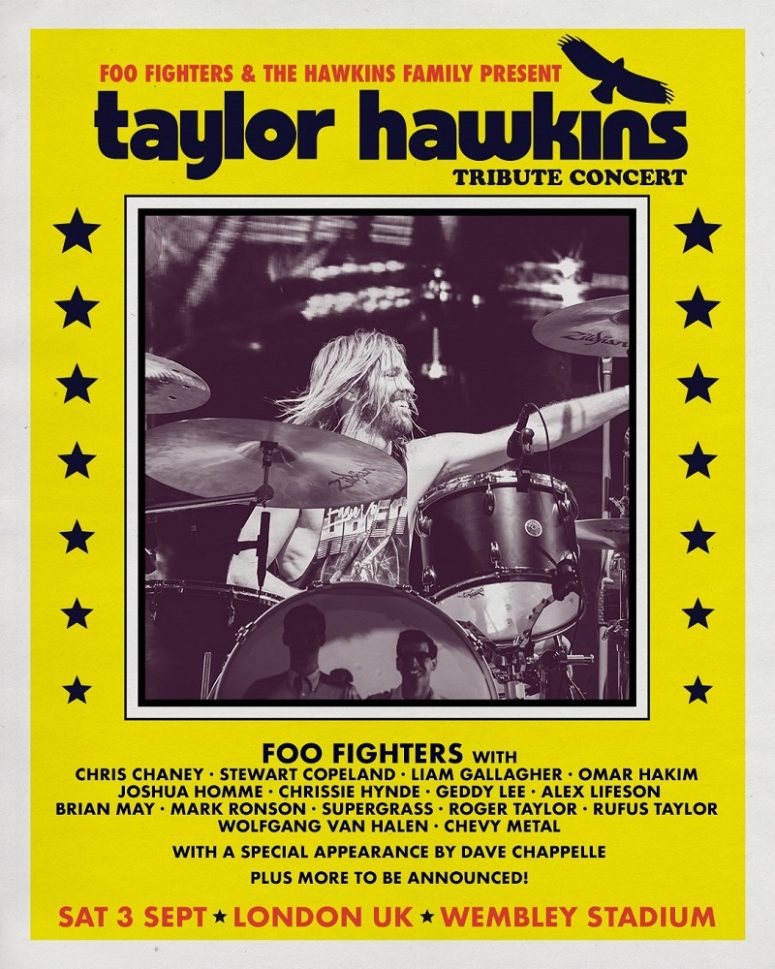 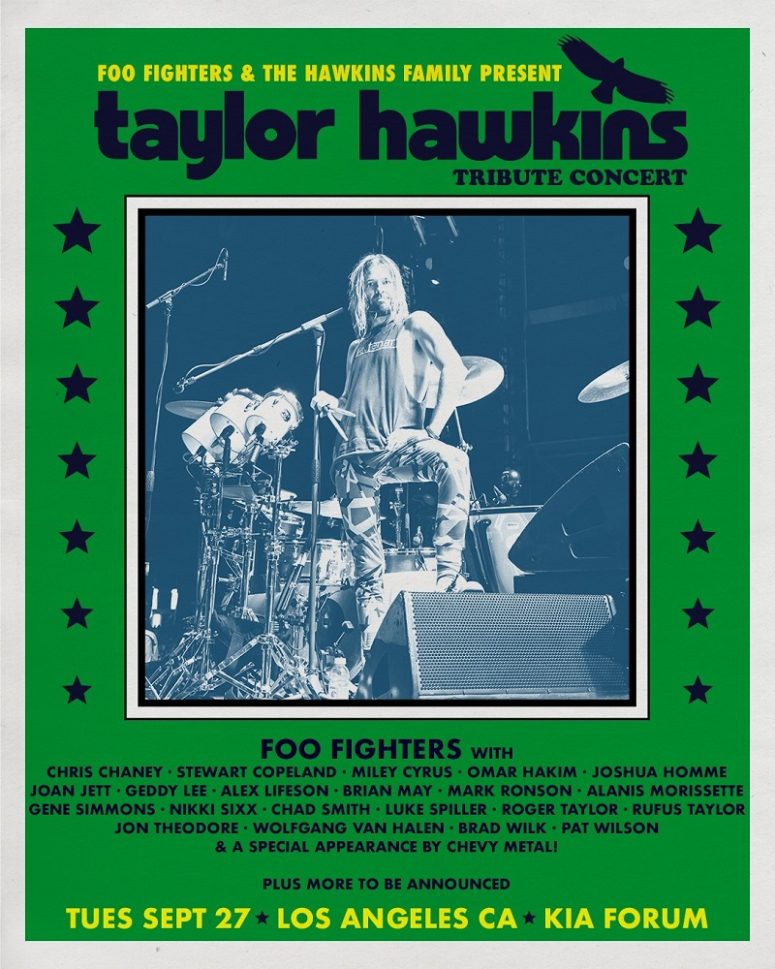 The Foo Fighters have canceled all of their upcoming tour dates following the sudden death of drummer Taylor Hawkins last Friday, March 25. A statement from the group reads: It is with great sadness that Foo Fighters confirm the cancellation of […]

Rock & Roll Hall of Famers Foo Fighters will be giving the people even more of what they want. The band has added no less than 10 more evenings of life-affirming rock communion across the US and […]