“Close your eyes, it’s about to begin.”  -Robin Trower-

He’s been called the “White Hendrix” and has been thrilling crowds with his guitar skills since he first appeared on the scene in the 1960’s with Procol Harum.  Twenty-two studio albums later and at age 74 the people still come out in droves to hear one of the worlds greatest blues rock guitarist do to an instrument what only Robin Trower can.

Opening the show was the Hector Anchondo Band.  You may or may not have heard of Hector Anchondo, but I promise you this. Nobody and I mean nobody, works as hard as Hector did and does.  This man lives and breathes guitar. The Hector Anchondo Band were the winners of a recent Nebraska State Blues challenge a well as the 2013, 2014 and 2015 Omaha Entertainment Award winners for “Best Blues Band of the Year”. In 2016 they finished in the finals of the International Blues Challenge and in 2017 released “Roll the Dice” which has a global audience as well as being internationally charted.  One of the best moments of the entire evening was his version of “Black Magic Woman” in which Hector tirelessly and what appeared to be effortlessly put out a solo for the ages. Look for a new LP in 2019 and go see them when you can.

Trower is on the road to support his March release of Coming Closer to the Day. Included in this tour, was a very appreciated stop-over in Lincoln. The show kicked off with “Too Rolling Stoned” from the iconic Bridge of Sighs album.  Robin highlighted this album as five of his first 10 songs were from that 1974 release. From 1974 to 2019 he gives us “Diving Bell” the song he says is his favorite off the new LP. It’s no wonder, this song is full of delicate shaping and phrasing and its pace is spot-on. We now go back to 1974 for “The Fool and Me” then again, bounce back to 2019 for “Lonesome Road” After 1977’s “Somebody Calling” we are treated to what I thought was the highlight of the show. A pairing of “Day of the Eagle” and “Bridge of Sighs”.  These are the first two tracks off the Bridge of Sighs LP, and it brought back so many memories. I honestly believe the Bridge of Sighs LP is the reason head-phones were created. After “Confessin’ Midnight, “Daydream” and “Little Bit of Sympathy” Robin left the stage.  He could have stopped there, and we would have left pleased, but he came back out and finished up with 1994’s “Rise Up Like the Sun’ and 1975’s “For Earth Below”

It was an incredible night of music. It’s not often you get to see somebody perform at a skill level that is far superior than most others.  Robin Trower is a master guitarist and possibly the only one who can beat Carlos Santana in a “guitar-face” contest. When you go to a show, most bands you see will entertain you. But when you see Robin, he will captivate you.

Robin Trower’s Set List – Thursday, April 18, 2019
Too Rolling Stones – Diving Bell – The Fool and Me – Lonesome Road – Somebody Calling – Day of the Eagle – Bridge of Sighs – Confessin’ Midnight – Daydream – Little Bit of Sympathy
ENCORE
Rise Up Like the Sun – For Earth Below 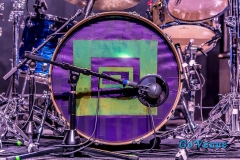 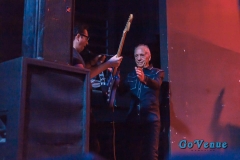 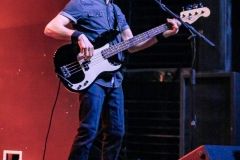 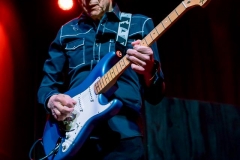 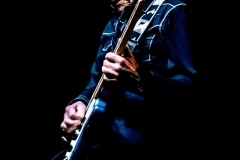 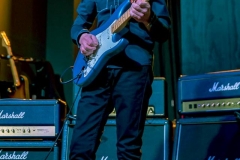 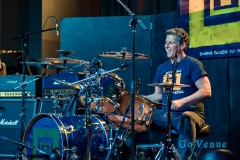 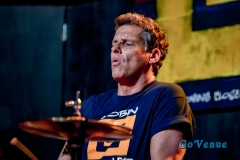 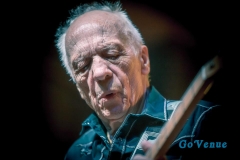 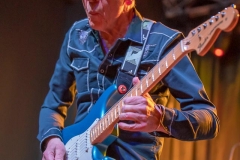 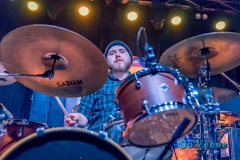 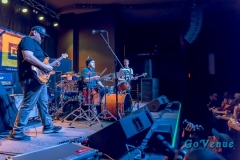 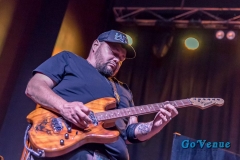 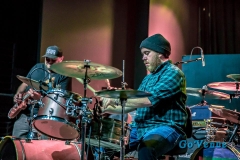 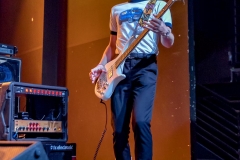 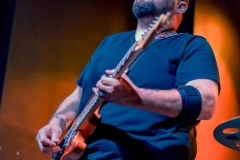 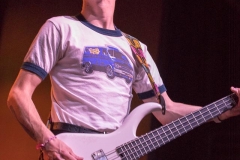 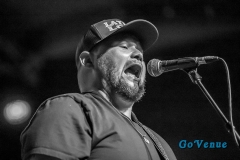 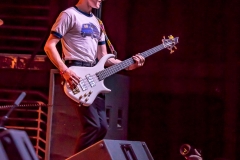 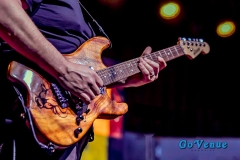 Gaelic Storm Touches Down In Omaha

BY JOE DeSANTI | Go Venue Magazine The Slowdown was taken over by Gaelic Storm, who played for a huge crowd on Tuesday night August 6, 2019.  Formed in 1996 in Santa Monica, California, the […]

Last year, Pinnacle Bank Arena in Lincoln, Nebraska had their first heavy metal concert with Iron Maiden and Ghost. Many people attended the show, nearing a sell out. And then a month later, In This […]