The Paramount in Huntington, NY played host to the legendary rock gods Judas Priest for two sold out nights with direct support from Uriah Heep, Go Venue Magazine was there for night one to cover the action as Judas Priest performed in such an intimate setting. While Priest have always been known for playing large scale arenas of 15,000-20,000+ ever since releasing Screaming For Vengeance back in 1983, so to come to The Paramount and play in front of only about 1,600 screaming fans was something special to be apart of and witness.

Uriah Heep known best for being credited as trailblazers to what is commonly now known as prog metal (progressive metal) kicked off the night opening their set with “Grazed by Heaven” which coincidentally is the opening track off 2018’s Living The Dream the bands latest and 25th studio album. The band kept their set to a more fairly recent track listing with songs like “Take My Soul Away” and “Between Two Worlds” but kept plenty of room for the classics like “Stealin” and “Gypsy”  before closing out the set with their most popular track to date “Easy Livin” off the 1972 LP Demons and Wizards. When it was all said and done the band was well received and given a warm cheer from the fierce metal crowd.

With Black Sabbath’s “War Pigs” playing loud over the PA system, a common intro for Priest,  a sold out crowd all anxiously waiting in excitement for Priest to take the stage, as the music is cut the lights went dark and cheers from the crowd begin as the intro of the opening track and live debut of “Necromancer” plays while long time mainstays bassist Ian Hill and drummer Scott Travis make their way out to the stage along with guitarist Richie Faulkner and guitarist Andy Sneap who has been filling for the long time guitarist Glenn Tipton who has been playing live has been limited to making only special appearances do to his ongoing battle with the Parkinson’s disease. As the band was ripping into the track onstage a silhouette of Halford could be seen behind a curtain towards the side of the stage as the vocals began the metal god himself Rob Halford made his grand entrance on stage to a thunderous roar from the crowd. Complimenting the song perfectly with his look, Halford was decked out in a purple and black Voo- Doo doctor like outfit with a top hat complete with feathers and a skull and bones along with a staff  in hand garnished with leather tassels, feathers, a birds skull and at the top sat a human skull covered in crystal that resembled something out of a Damien Hirst art piece, and of coarse we can’t leave out the signature shades.

Going into the show it was clear that this was going to go down as one for the record books, not just seeing Priest live in such an intimate venue but knowing that nearly half of the eighteen song setlist were tracks that haven’t been played live in years, some that highlighted the set were “Heading Out to the Highway” 2012, “The Sentinel” 2012, “Out in the Cold” 1986 and “All Guns Blazing” 1991, along with these highlights were the live debuts of “Spectre” and “(Take These) Chains.” Unfortunately the downside to all of these highlights was not getting the classics ” The Hellion/Electric Eye” and “You’ve  Got Another Thing Comin” and with such an incredibly tight sounding performance of the band on display along with it was very easy to live without. One thing must be said about Halford’s voice is that it is still in top shape, the man never misses a note and can still hold onto the mightiest of  vicious screams like the metal god that he is.

The night was nearing it’s end and it was time to start closing out the set, with the engine of his motorcycle revving as smoke filled the stage as fans cheered, Halford rode his way back out onto center stage in classic Priest style for before the rest of band joined him for “Hell Bent For Leather,” as they sang along to the chorus while Halford held the mic out for them as if the sold out crowd wasn’t loud enough, but the night wasn’t over just yet it was right into the encore from there with the back to back heavy fan favs “Breaking the Law” and straight into “Living After Midnight” with fans holding their horns high toward the songs end Halford left the crowd with a few parting words before exiting the stage, “We are, you know who we are, we are Judas fucking Priest.” 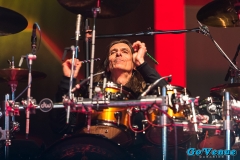 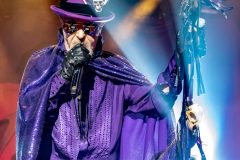 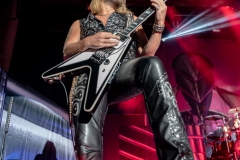 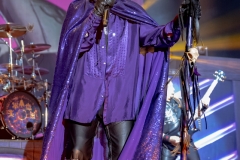 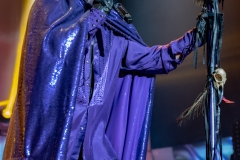 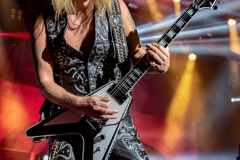 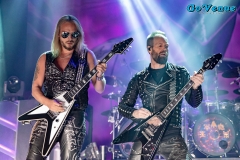 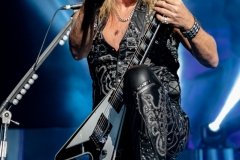 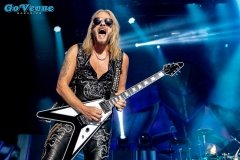 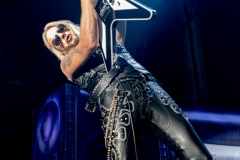 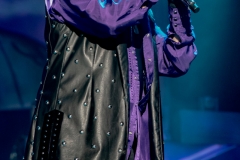 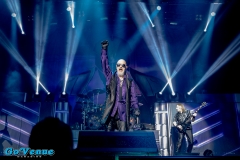 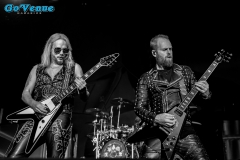 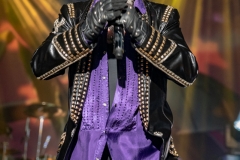 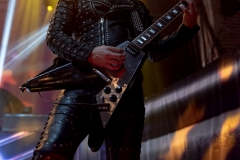 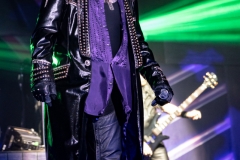 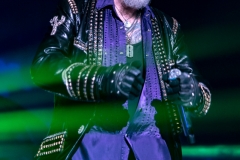 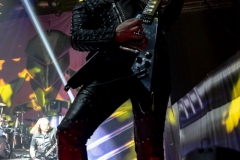 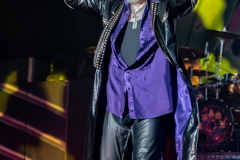 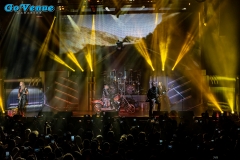 October 4, 2017 – The small room at the Slowdown played host to a musical journey of three artists featuring three different genres of music that shouldn’t have melded at all, but in the end […]

Photographer/writer Marissa Anne had an opportunity to interview with the members Aidan Dolan (guitar/vocals), Nick Katz (bass/vocals) and Max Yassky (drums/percussion/background vocals) of New York City-based rock band Upright Man. For our readers who have […]