WORDS BY SARA ALEXANDER and PHOTOS BY ROBERT A. CHADWICK | Go Venue Magazine

November 6, 2018 — Stained glass windows tower in front of us. The sounds of an organ and choir ring out. Incense is burned, a prayer is chanted, and the smell of dead human sacrifices radiates from the altar bed (just kidding on that last one). But this isn’t a church service, not even a concert per se. This is a ritual.

Swedish rock band Ghost took over Omaha’s Orpheum Theater Tuesday night for a lavish evening service of metal, worship, and “wobbling asses.” What pretty much every other band calls a concert, Ghost calls a ritual, and the term is certainly fitting. This particular ritual lasted nearly two and a half hours and was divided into two acts.

Borrowing imagery common in the Catholic church, the metal band flips the switch to put on an act that worships Satan instead. Their sound contains influences from traditional church hymns, but is heavily meshed with metal and some pop, which has even managed to win the band a Grammy.

With “Hail Satan!” shouted periodically from members of the congregation, the band took the stage, which featured church-like marbled stairs and platforms. A larger lineup than the band has had in the past was present; there were five masked Ghouls and two masked Ghoulettes, led by the charming Cardinal Copia with his heavy Swedish accent. Ghost began with “Ashes,” going straight into “Rats.”

If you’re not aware, the identity of band members is kept unknown and often changes. The frontman and mastermind behind the band, though often taking on different personas, has remained the same. Although, after staying anonymous for almost seven years, he finally revealed himself publicly in 2017. (If you haven’t heard the news, I won’t spoil the mystery.)

The eight members made for a sound so rich and full you might have thought you were being embraced by an almighty deity itself, which in this case, was Lucifer of course. Copia made for a saintly leader, applauding his fellow band mates, sashaying around the stage, and even donning the classic red Cardinal cassock, among other outfits.

Later on, before going into “Cirice,” a bit of a dual took place between the two lead guitars. Taking turns, each Ghoul cracked his fingers and did his best to outdo the other, including playing a snippet of “Take On Me.” (Sidenote: Ghost would kill a cover of that song.)

Most bands who squeeze in an instrumental song see crowd members leaving for a drink. But if you’re fond of feeling like the the star of a 1980’s action thriller, (and who isn’t?) “Miasma”will have you reborn. During the musical trip, an elderly pope-like figure emerged with a saxophone. It was none other than Papa Emeritus Zero (or Papa Nihil). After absolutely killing his solo, the aging gentlemen stumbled backwards, requiring the help of two stagehands to stay upright. His end may be drawing near, but for us, it was the highlight of perhaps the entire set.

After a fifteen minute intermission, Ghost returned with more favorites like “From the Pinnacle to the Pit,” “He Is,” and “Faith.” All in all, eight of the ten songs from this year’s Prequelle album were played (one of the best records of the year).

Cardinal Copia asked if we wanted to hear something to make our “asses wobble.” Of course we did. The band proceeded to play “Mummy Dust” while simultaneously showering us ass wobblers with actual mummy dust. (Spoiler: It was confetti and Ghost branded currency).

The band wrapped with “Dance Macabre” and “Square Hammer” then took a bow. However, the Cardinal soon returned in order to give an ending that was less “suckass,” as he put it. “Monstrance Clock” then ended the ritual.

Note: No human sacrifices were made during this ritual (that I know of). 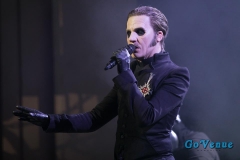 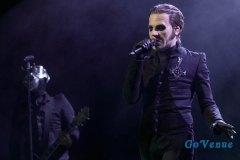 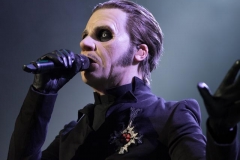 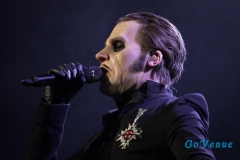 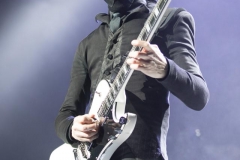 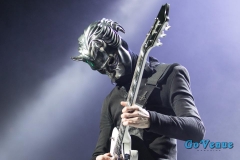 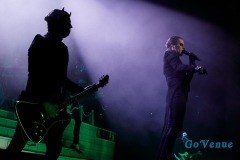 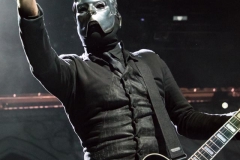 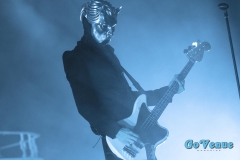 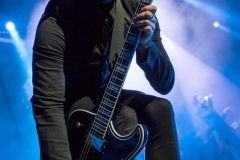 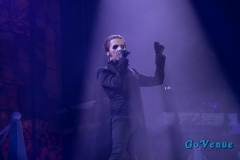 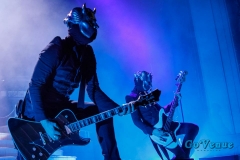 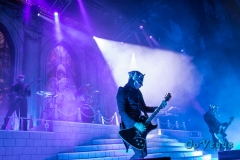 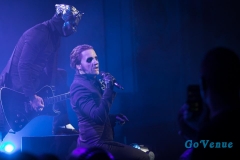 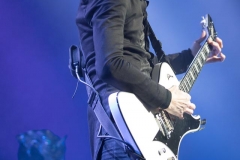 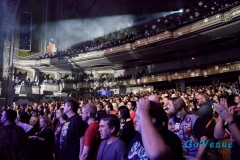 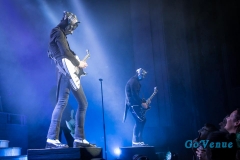 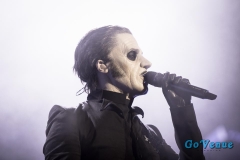 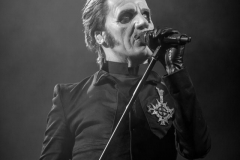 BY JOE DeSANTI | Go Venue Magazine Making their first appearance in Lincoln, Nebraska, I Don’t Know How But They Found Me with opening band Twin XL, invaded The Bourbon Theater on Friday Night June […]

CONCERT REVIEW: Starset at the Bourbon Theatre in Lincoln, Nebraska

Bourbon Theater – Lincoln, NE – 2/20/18 “Forget scientists. The next space launch we should send up painters, poets and musicians. I’d be more interested in what they discover than anything that takes place in […]