“Time heals nothing, it merely rearranges our memory” – Gary Numan

On September 27th the Slowdown served up some nostalgia, with a heavy-duty side dish of Shoegazing and electronic music. I’ve been a fan of Gary Numan since the beginning. Anything in the 80s that was electronic, I totally dug it. Depeche Mode, Kraftwerk, New Order and of course Gary Numan. I was especially stoked for this show because the opening act was Nightmare Air. Been a fan of them since 2013 when their “High in The Lasers” Album came out. The last three minutes of “Sun Behind the Rocks” is killer. This year they released their newest album “Fade Out” If you’re not familiar with Nightmare Air, or the shoegaze /dream-pop sound, do yourself a HUGE favor and check out bands like Catherine Wheel, Gala, Duke Spirit, Novella and of course Nightmare Air. Nightmare Air is made up of Swann Miller on bass, Dave Dupuis on guitar and Jimmy Lucido on drums. The three of them can absolutely fill a venue with sound and it was nice to see that the crowd had come early and not waited just to see the headliner. Swann and Dave share vocals and were pounding pedals through-out their entire set. The set began with “Way We Fall” This song leans a little on the pop side of things, but the drum pounding to a marching beat in the background gave it an industrial touch. “Whose Your Lover” followed and it showcased a really cool guitar riff. Their music just floats all around you as you just want to spin around and gather it all in. The eight-song set concluded with “Icy Daggers”, a nice bit of distortion fills this song as it follows a typical Pixies theme. Loud / Quiet / Loud. Been to tons of shows this year, and so far, Nightmare Air is my favorite opener. I’ll catch them again as I’m sure it won’t be long before they are headlining their own tour.

Like I said earlier, I’ve been a Gary Numan fan since the 80’s, but I have to be honest. I was a fan of his hit “Cars” and really didn’t know much more. That is til 2013 when “Splinter (Songs from a Broken Mind)” came out. It was awesome that his set started with “Everything Comes Down To This”. A really killer, dark and Nine Inch Nails influenced song. I kept thinking, my God this is so different from Cars, then he hits us with “Metal” which was covered by NIN and is off the same album as Cars and you start to realize that Gary Numan’s musical evolution has been stunning. It’s simply not the same sound. Third up was “Halo” Don’t even get me started on how freakin’ amazing this song was live. Everything happening behind the incredible vocals was thunderous and bomb dropping. Ya gotta check it out: Halo – Gary Numan (CD version)!! This went on for the entire set. He just kept bouncing from Pleasure Principal sounds to Savage and Splinter sounds. This was the perfect show. Of course, the crowd did go insane when he played Cars and thankfully it was not part of his encore. His encore was “The Fall” and “A Prayer For the Unborn” which brought us to a softer, melodramatic ending. I left there absolutely stunned at what I had seen and heard. He and his band-mates were astonishing and sounded amazing.

Gary Numan Set List (Thursday, September 27, 2018):
EVERYTHING COMES DOWN TO THIS | METAL | HALO | FILMS | BED OF THORNS | DOWN IN THE PARK | PRAY FOR THE PAIN YOU SERVE | MY NAME IS RUIN | HERE IN THE BLACK | CARS | MERCY | LOVE HURT BLEED | ME, I DISCONNECT FROM YOU | WHEN THE WORLD COMES APART | ARE FRIENDS ELECTRIC
[ENCORE]
THE FALL | A PRAYER FOR THE UNBORN 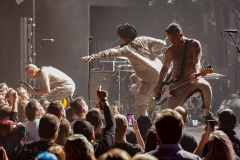 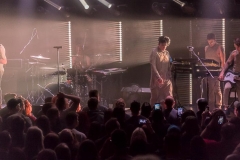 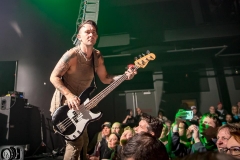 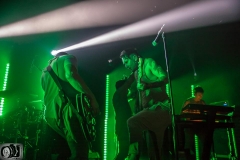 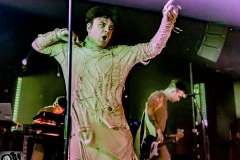 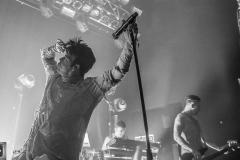 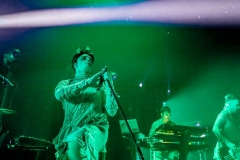 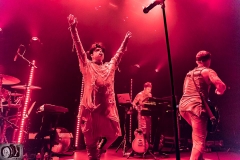 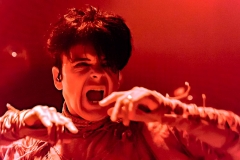 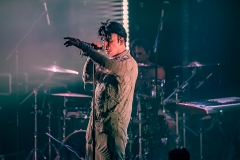 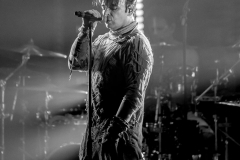 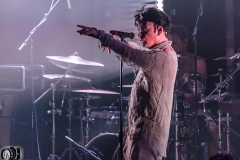 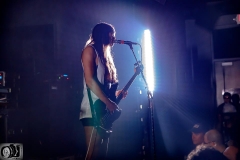 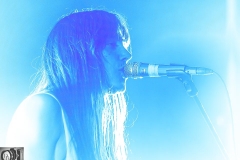 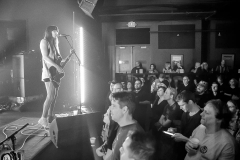 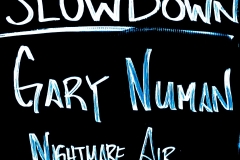 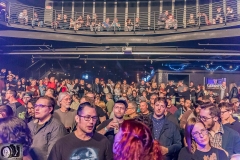 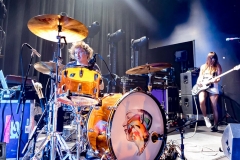 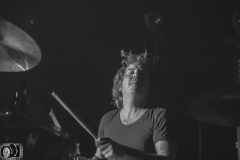 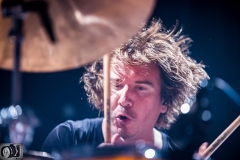 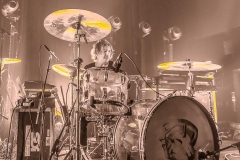 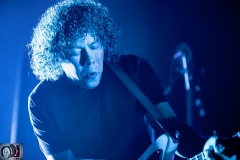 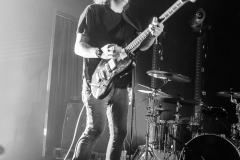 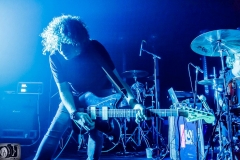 DOLL SKIN DELIVERED THEIR KILLER PERFORMANCE AT THE LOOKOUT LOUNGE IN OMAHA, NEBRASKA

Doll Skin is an all-female rock band from Phoenix, Arizona, with vocalist/guitarist Sydney Dolezal, bassist Nicole Rich, Alex Snowden on guitar and Meghan Herring on drums came to Omaha and performed their killer set at […]

Upcoming Festival: MAHA FESTIVAL Returns to Aksarben Village in 2019 with 4 Days/Nights of Music and Art