English metal legends CARCASS are back with their first collection of new music in 7 years, “Despicable,” coming October 30th via Nuclear Blast. Today, the band has released a new song titled “The Long And Winding Bier Road” below:

Commenting on the song, founding vocalist/bassist Jeff Walker states:
“The gift that keeps on giving, if you want it or not. Please try not to stare this gift horse too hard in the mouth….another song from the forthcoming EP taken from the new album recording session…..don’t worry there are still unreleased songs with even dafter titles!”

The new single, “The Long And Winding Bier Road,” follows the EP’s previously revealed songs, “The Living Dead At The Manchester Morgue” and “Under The Scalpel Blade.” 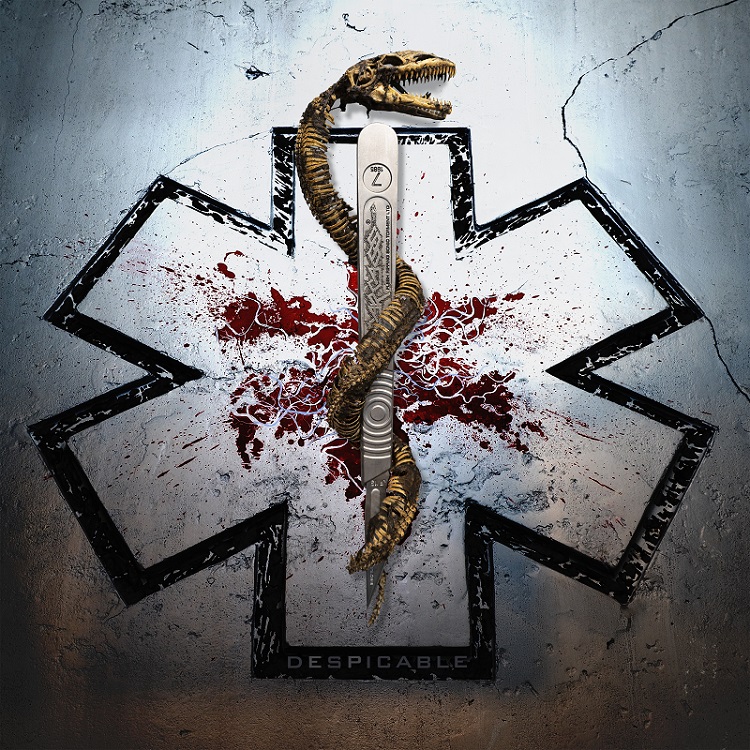 The lords of death and grind’s new EP “Despicable” offers fans a taste of the brutality that awaits on the band’s heavily anticipated 7th studio album coming in 2021.

“Well the Covid situation has put the release of the new CARCASS album on the back burner for the time being. Given that we said there’d be new music in August we thought it would be cool to have a stop gap release and let you hear some of the tracks that never quite made the cut. Don’t say we never give you anything. Enjoy.” – Jeff Walker

True metal originators, CARCASS have released several classic albums over the years and changed the trajectory of extreme metal with each consecutive release. Whether it was inventing gore-grind (“Reek of Putrefaction” & “Symphonies of Sickness”) or creating the template for melodic death metal (“Heartwork”), CARCASS has always made records by which bars were set and rules were broken. After a 10 year hiatus (1996-2006), the band mounted a comeback, resurrecting their blistering death-laden riffs and eventually released their 6th album, “Surgical Steel” (2013) and supported the record over the years with continuous touring, including Download, Hellfest, Deathfest, Decibel’s Metal & Beer Festival, tours with Testament, Slayer, Napalm Death, Obituary and Voivod to name a few.

Now, seven years after their last record the band returns to the extreme metal throne with a new EP, “Despicable,” out in Oct 2020, which serves as a precursor to their next full-length’s impending destruction.

Pre-order your copy of “Despicable” EP in the format of your choice here.

After lots of great summer festival performances, DORO is now heading towards another world tour! First rocking Russia and the USA, the band will then be traveling back to Europe for gigs in Germany, the UK, Switzerland, […]

Rob Zombie has announced a new album. The record is called The Lunar Injection Kool-Aid Eclipse Conspiracy, and it’s out March 12 via Nuclear Blast. A video for the first song to be released, “The Triumph of King […]

Set to unleash their new EP “The War Inside” on May 10th, Orlando’s MEKA NISM, a metal tour de force has teamed up with PureGrainAudio.com for the premiere of their next single “Trailblazer”. Listen to […]