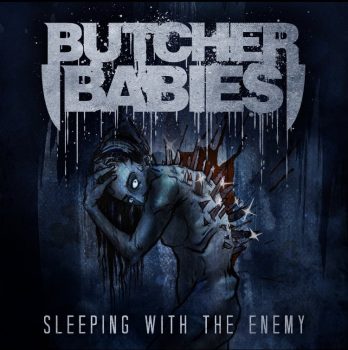 Metal mainstays, recording artists Butcher Babies today release their new single “Sleeping With The Enemy” which showcases the musical diversity that Butcher Babies has developed over the years.

American Songwriter in a feature on the band,  lauded the new single, saying, “‘Sleeping With The Enemy’ is the best of both old and new Butcher Babies. The turn to melodic vocals is seen executed by Heidi Shepherd and co-vocalist Carla Harvey with just enough intermittent screams to give texture and peaks to a song already hardened by chunky, power riffs.”

Carla says, “‘Sleeping With The Enemy’ is one of the most vulnerable songs we’ve ever written.   The song is the ultimate “own your own bullshit” song…because the first step in change is always admitting there’s a problem, right?”

Heidi adds, “When face to face with what you presume as your enemy; who is it? Is it you? In ‘Sleeping with the Enemy’ the devil and angel on my shoulders met. This song is about hypocrisy and self realization. We can get so caught up in the rat race of life, as humans we tend to lose track of ourselves and our core values along the way. There comes a point where you look at the perceived problems in your life and realize there is one common denominator; yourself! Whether it’s in the lens you look at life through or an overall attitude, there comes a point where we must turn a negative into a positive. This song is that for me.”

Guitarist Henry Flury adds, “And just when you thought we weren’t going to be heavy anymore… BOOM! This is definitely a song for the stage. Can you sing and circle pit at the same time?”

Give a listen to ‘Sleeping with the Enemy’ below:

As the holidays approach, Butcher Babies also announces a live-streamed concert called the “1st Annual Office Christmas Party” a live show on December 18th at 8pm Et / 5pm PT.  The show will be streamed on the Butcher Babies website and easily accessed by fans at www.butcherbabies.com. 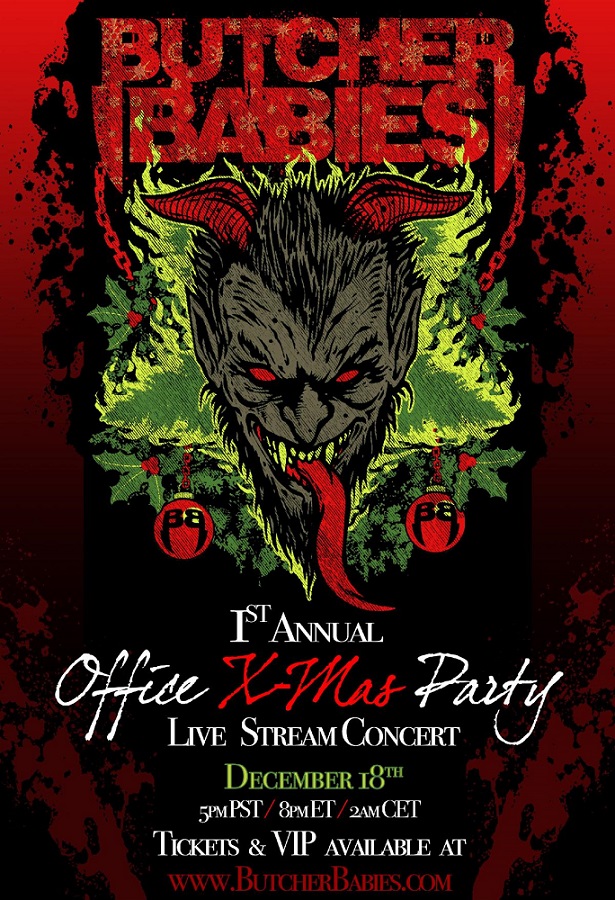 The band will perform fan favorites, as well as their two new singles, “Bottom Of A Bottle” and “Sleeping With The Enemy” to name a few.

Earlier in the year, Butcher Babies released “Bottom of A Bottle” and celebrated 10 years as a band by creating and releasing their own signature wine called “Butcher Burgundy”. The new wine is available for purchase at butcherbabiesmerch.com.

“Sleeping With The Enemy”  marks the second release from Butcher Babies’ forthcoming EP, which is set for release in mid-2021.

English metal legends CARCASS are back with their first collection of new music in 7 years, “Despicable,” coming October 30th via Nuclear Blast. Today, the band has released a new song titled “The Long And Winding Bier Road” below: Commenting on […]

Following the release of 2016’s King of Everything, and the reissue of their groundbreaking second album Cloud Factory on Napalm Records, fans have chomping at the bit for new music from JINJER.  Now it is finally time for some heavy […]

Album Review: House of Glass by Screaming For Silence

Screaming For Silence is a band out of Omaha, NE that have been in the local scene for over five years. They have shared the stage with bands like Papa Roach, Halestorm, and Hollywood Undead. […]