3-Day Tickets go on sale now via www.aclfestival.com, with Layaway Plans starting at only $25 down.

The next generation of headliners is embedded within this mindfully curated lineup, and a quick study of the artists performing at ACL 2022 will reveal incredible new discoveries for music fans. 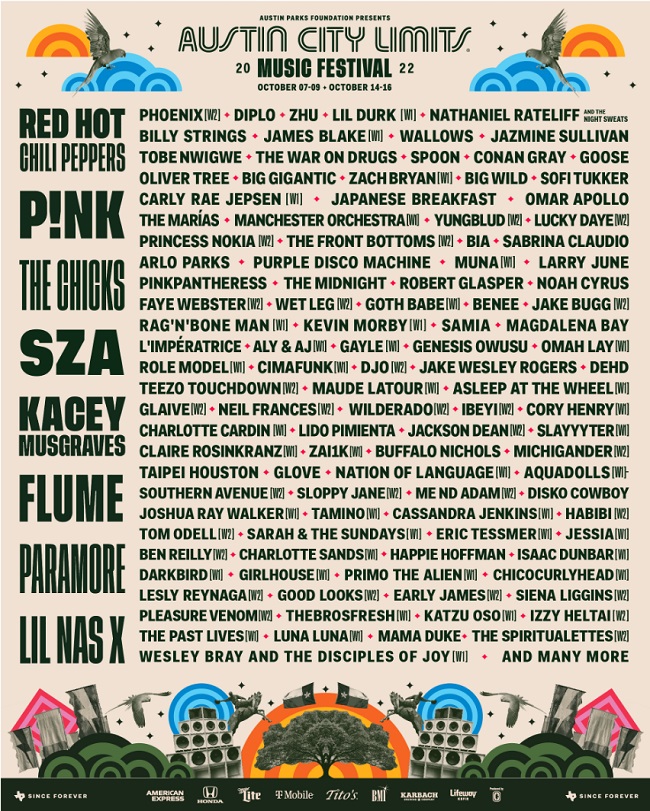 ACL Fest is thrilled to announce the return of Austin Kiddie Limits! Fans of all ages can look forward to additional information about lineup and activities coming soon. Music fans ages 8 and under will be admitted free of charge accompanied by a ticketed adult.

While taking in all that ACL Fest has to offer, be sure to slip into the shady grove and enter the world of Bonus Tracks, the biggest party on the smallest stage at Zilker Park. Programming at Bonus Tracks creates a hub of culture, connection, and positive vibes in between music performances. Past appearances include local Austin favorites Erica Nix and Melody DanceFit, and powerhouses Billie Eilish and Brené Brown.  Stay tuned for 2022 programming announcing later this summer.

3-Day General Admission Tickets for both weekends will be available at www.aclfestival.com starting at 12pm CT today.  3-Day GA+ Tickets, 3-Day VIP and Platinum Tickets and Hotel Packages are also available.  Layaway Plans are available for GA, GA+, VIP and Platinum 3-Day Tickets starting at only $25 down. VIP ticketholders will enjoy two private lounges with viewing decks offering exceptional sightlines of the two main stages, and Platinum guests have the best seats in the house with exclusive viewing at six stages.  A full list of GA, GA+, VIP and Platinum amenities can be found at www.aclfestival.com/tickets. 1-Day General Admission, Tickets, 1-Day GA+ Tickets, 1-Day VIP Tickets and 1-Day Platinum Tickets will be available later this spring.

The 12th annual Rock On The Range returns to MAPFRE Stadium in Columbus, OH Friday, May 18, Saturday, May 19 and Sunday, May 20 with its most power-packed lineup to date. America’s largest and most […]