JUST ANNOUNCED!  Austin, Texas-based rock duo One-Eyed Doll will be headlining tour of the USA with an all-female punk rock band Doll Skin based out of Phoenix, AZ, starting on September 29 in Colorado Springs, Colorado thru November 2 in Las Vegas, Nevada.

Tickets and VIP on sale now! 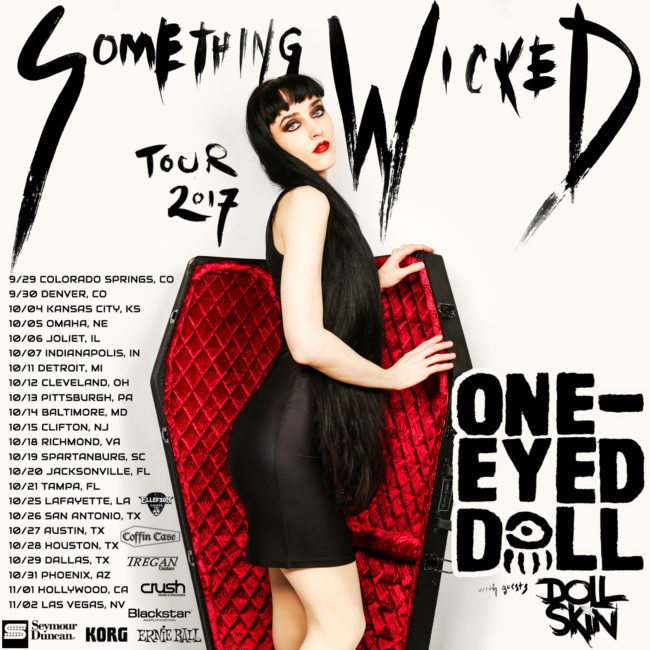 Austin, Texas rock duo One-Eyed Doll have gained an exceptionally loyal and rapidly growing fan base since 2006 with consistent touring, a solid memorable live performance, and a DIY connection with the fans. The band’s live set featuring just Kimberly Freeman on guitar and vocals and Jason Rufuss Sewell, AKA: “Junior” on drums, is an interactive fan-friendly experience that’s both heavy/sinister and sweet/vulnerable. Their darkly humored, intense, sometimes quirky and theatrical rock and roll captures the hearts of metal, rock, goth and punk all-ages audiences night after night.

“Angels, Demons, and Re- Birth. A chat with Waylon Reavis.”

Waylon Reavis talks with Go Venue Magazine about current band A Killer’s Confession. Where he has been, where he is going, Squashing his demons and passing the torch to his children.   GVM: Good Afternoon […]