Multi-platinum rock band Theory Of A Deadman is hitting the road this winter for the co-headlining Rock Resurrection Tour with Skillet. The 25-date trek, featuring support from Saint Asonia, stops locally in Omaha on Saturday, March 18 at Baxter Arena. Tickets are on sale now. Theory Of A Deadman will be touring in support of their eighth full-length studio album, Dinosaur, out March 17th via Roadrunner Records. The album’s title track and anthemic lead single “Dinosaur” has been moving up the Active Rock Radio charts, currently at #12, and has already amassed 4 million collective streams since its release in late October.  Dinosaur, which marks a return to form stylistically for the chart-topping Canadian quartet, also includes Theory’s new single “Ambulance” released earlier this month. PRESS HERE to watch the official music video for “Dinosaur” and PRESS HERE to download/stream “Dinosaur” and “Ambulance” or to pre-save the album.

With sky-high hooks, riffs as thick as a 2×4, rumbling grooves, and a razor-sharp sense of humor, Theory Of A Deadman — Tyler Connolly [lead vocals, guitar], Dave Brenner [guitar, backing vocals], Dean Back [bass], and Joey Dandeneau [drums, backing vocals] — have quietly persisted as an unapologetic, unbreakable, and undeniable hard rock force with major multi-platinum hits and countless sold out shows in each of the past two decades. Jamming together in basements throughout high school, the band burst out of their small hometown of North Delta, British Columbia with the self-titled, Theory of a Deadman, during 2002. In addition to the double-platinum breakthrough album Scars & Souvenirs [2008] and gold-certified The Truth Is… [2011], Theory have notched a procession of hits, including the gold-certified “All Or Nothing,” “Bitch Came Back,” and “Lowlife,” platinum-certified “Angel,” “Hate My Life,” and “Not Meant To Be,” double-platinum “Bad Girlfriend,” and triple-platinum “RX (Medicate).” As the biggest smash of their career thus far, the latter hit, off their 2017 album Wake Up Call, marked their third #1 on the Billboard Hot Mainstream Rock Tracks Chart and garnered a nomination for “Rock Song of the Year” at the iHeartRadio Music Awards. Their impressive catalogue has also logged two Top 10 debuts on the Billboard Top 200 and amassed more than 1 billion collective streams on Spotify alone and nearly 700 million views on their official YouTube. In 2020, the award-winning band’s seventh studio album Say Nothing landed at #2 on the Billboard Alternative Albums Chart and #3 on the Rock Albums Chart. Plus, the album, featuring the chart-topping and powerful single “History of Violence,” earned praise from American Songwriter, Billboard, Alternative Press, and Classic Rock Magazine who awarded it “4-out-of-5 stars.” And now, once again, Theory Of A Deadman delivers a barrage of rock anthems with their 2023 album, Dinosaur. 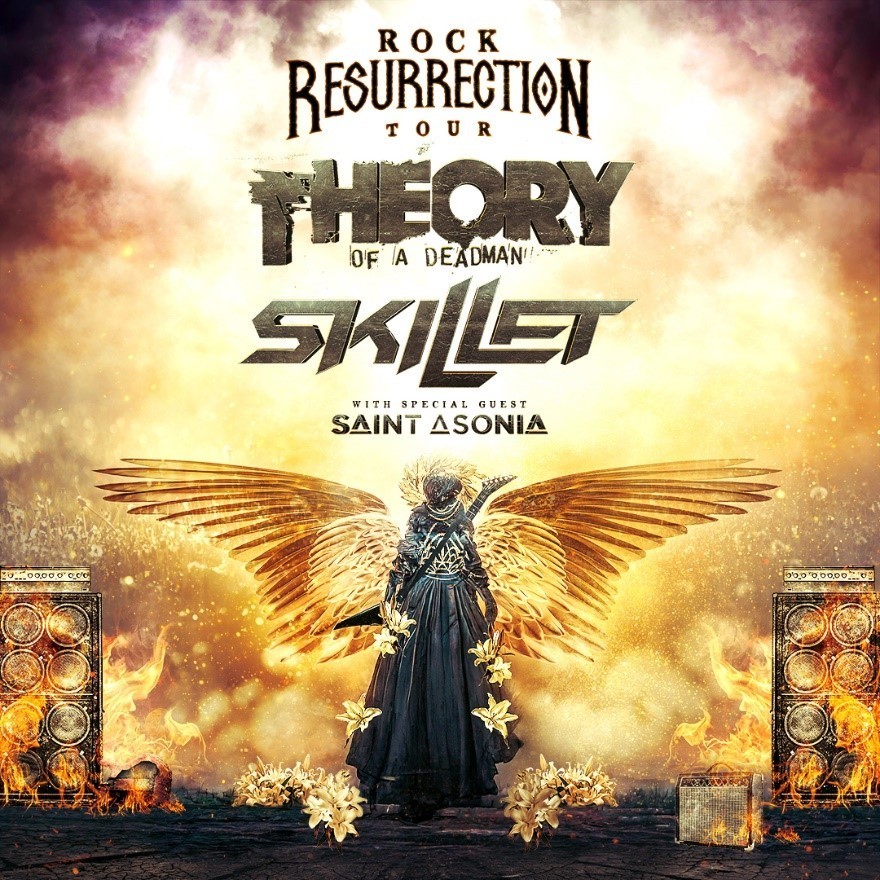 One Percent and The Waiting Room Lounge Presents .38 Special

BY DEAN BIRKHEIMER | Go Venue Magazine “’Cause the South’s gonna do it again and again..’ Charlie Daniels” Seems like every time One Percent Productions and The Waiting Room Lounge get together, something special happens. In this case […]

Omaha Brings Out the Oddities!