“I don’t know about these new bands, but I know people will be listening to REO & Styx 200 years from now” -Larry the Cable Guy-

When you talk about legendary rock and roll bands, you cannot do so without mentioning Styx and when you talk about down home comedians, Larry the Cable Guy must be in that conversation.  You normally wouldn’t see a rock/comedy combination of this sort team up for a tour, but that’s exactly what they did.  It seems Larry and Tommy Shaw met at a convenience store awhile back and talked about teaming up.  Tommy was all for teaming up, but Larry says he did it, because Tommy still owes him $18.00 for honeybuns and coffee. This pairing makes perfect sense in that one of Styx’s top songs is Blue Collar Man and if anybody epitomizes blue collar comedy it’s certainly Larry the Cable Guy.

Larry was his normal red-necked styled self.  Trucker cap, work boots, jeans and sleeveless flannel shirt.  Things started off a little slow from him as the crowd took a few minutes to warm-up.  Once they did, the jokes came at you high and hard like baseballs from a pitching machine. My favorite part was the senior day state fair bit.  Instead of fried twinkies, there is fried Lipitor. Instead of guess your weight, it’s guess your cholesterol and the best ride at the senior day state fair is the ambulance ride to the hospital.  A big thank you to Larry the Cable Guy, not only for co-headlining this show, but for his generosity as he donated his portion of the proceeds from the show to the Red Cross for disaster relief in Nebraska.  If you wish to help or make a donation please visit Nebraska Region | American Red Cross.

A main-stay since the 70s, Styx has entertained audience’s decade after decade with their own unmistakable rock and roll style.  The show was truly an all-ages show as I saw grandparents, parents, their children and their children’s, children. They band took the stage at 9 p.m. and had the place jumping for 90 minutes.  The stage was made up of different levels and it was flanked by staircases on both sides. The musicians, not including the drummer, were non-stop in their movements and their use of the on-stage set.  They kicked off their show with Gone, Gone, Gone, which is off their 2017 LP “The Mission”. They followed that up with a couple of classics.  Blue Collar Man and Grand Illusion. Tommy Shaw and JY Young were in fine voice.  Keyboardist Lawrence Gowen then took the spotlight and performed a beautiful rendition of Lady.  Ricky Phillips on bass and Todd Sucherman on drums provided expert musicianship. The entire set was full of hits, Miss America, Rockin’ the Paradise, Fooling Yourself, Too Much Time On My Hands, Come Sail Away, and a great snippet of Bohemian Rhapsody. Their encore was short, but it was sweet.  The two songs picked to close out the show was a more guitar driven version of Mr. Roboto and their huge hit from 1979, Renegade.

The cheering and the smiles from crowd told the story.  They were entertained from moment one and knew they had gotten their money’s worth. Each member played their butt off and when they walked off stage, they left nothing behind. 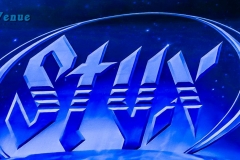 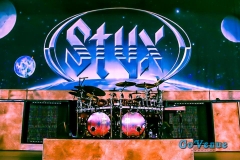 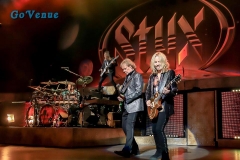 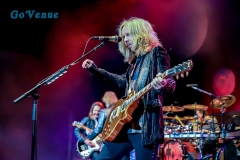 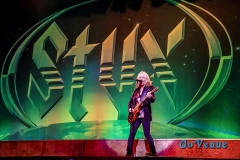 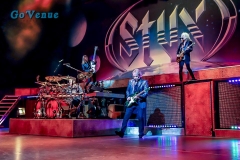 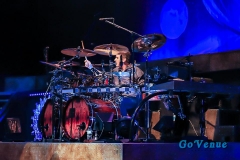 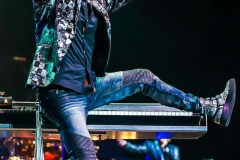 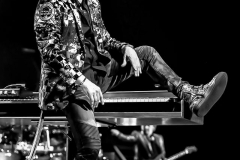 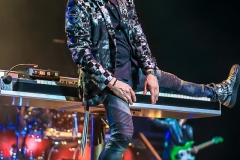 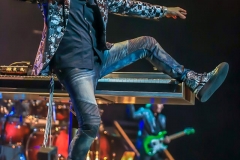 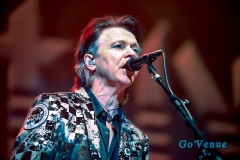 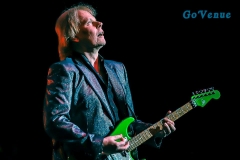 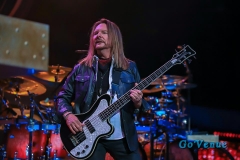 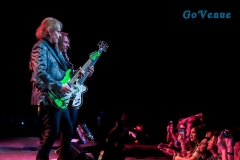 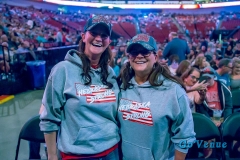 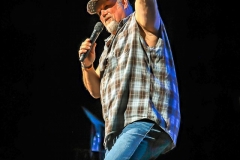 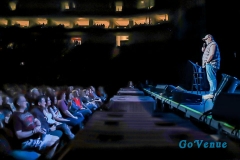 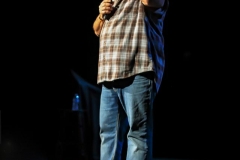 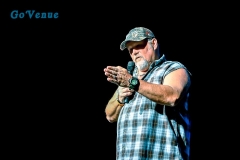 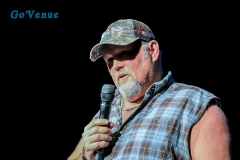 BY DEAN BIRKHEIMER | Go Venue Magazine “Believe it or not, I’m walking on air” – from the theme song to Greatest American Hero A jovial mass congregated at the CHI Health Center on Friday, […]

Words by Sara Alexander Photographs by Robert A. Chadwick The Smashing Pumpkins’ Shiny and Oh So Bright tour hit an enthused, excited, raucous at the CenturyLink Center Monday night (8/20). The tour marks the reunion of […]

REVIEW BY DAVID TAYLOR and PHOTOS BY ROBERT A CHADWICK | Go Venue Magazine Carlos Santana is one of those legendary guitar players, let alone musicians, that is still active to this day. His career, […]