The first opening act for the Attention Attention World Tour was English rockers Asking Alexandria. Although the band was playing to a half-empty arena, they demanded to be heard, and early-arriving concertgoers obliged.

Next up was Papa Roach starting strong with “Last Resort,” the hit they typically finish many of their sets with. Go big or go home. Also, “Go big red!” which is how frontman Jacoby Shaddix greeted the crowd.

Along with songs for all the “old-school Papa Roach fans” like “Between Angels and Insects,” the band played several songs from the January release Who Do You Trust?. Shaddix took to the crowd for “Elevate.” Starting in the pit, he made his way up into the lower bowl, walking through the row just in front of me before heading back down, across the floor, and up the stairs of the opposite section.

Later, “Not the Only One” was dedicated to Shaddix’s son, Brixton, as he was in the audience that night, and it’s his favorite song. (Good choice kid.) With his insane energy, powerhouse rap skills, and consistently stellar crowd interaction, there are few better frontmen in the biz. It’s just that simple.

With Shinedown up next, it was about to get heavy.

Early into the set, concertgoers were asked if this was their first time seeing Shinedown. For an overwhelming amount, it was. Frontman Brent Smith then encouraged everyone to look to their left, look to their right, and introduce themselves to their neighbors with handshakes and high-fives. It was a great way to make friends and not “Enemies,” which coincidentally was the following song.

“Get Up” was dedicated to a 12 year-old boy, Draven, who had lost his life in December of last year, and for him and his family attending. Brent Smith spoke, “Lincoln, Nebraska if you would do us the honor of showing us what the stars look like tonight for Draven, we would be much obliged.” The entire crowd agreed and held up their cell phone flashlights in tribute.

Halfway through the set, the group made their way to a smaller stage in the center of the pit, allowing for more intimacy as they serenaded fans with moving renditions of “Amaryllis” and “Call Me” before providing introductions of each band member.

Shinedown is: flawless frontman – Brent Smith, literal face-melting guitarist – Zach Myers, bassist/multi-instrumental genius  – Eric Bass, and dreamy dreadlocked drummer – Barry Kerch. Smith and Myers have an unbeatable chemistry with each other, while Bass and Kerch come together to give us the rhythm section we deserve. Each band member is truly a master of his own craft.

Shinedown performed for just under 2 hours; not a short set by any means, but with the band’s extensive catalog of hits, they really should consider taking note from bands like Foo Fighters and bring fans 3+ hour shows instead. Personally, I would have loved to hear “Save Me,” “Devour,” “State of My Head,” and every single song from last year’s album that wasn’t part of the set. Regardless, this band is one that demands your “attention attention,” no matter what songs are played. 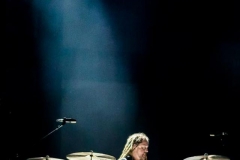 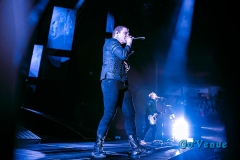 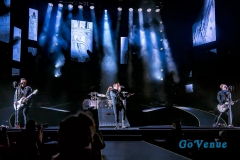 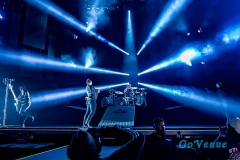 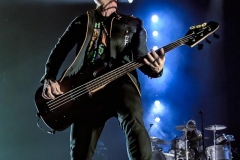 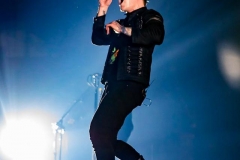 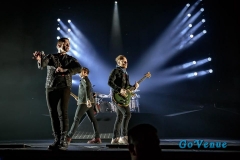 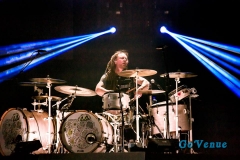 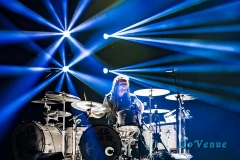 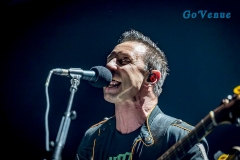 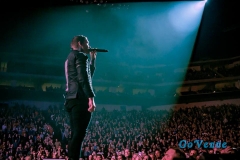 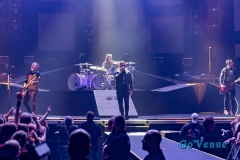 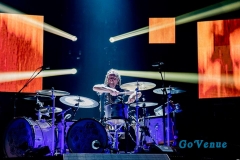 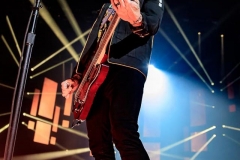 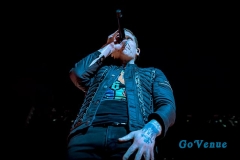 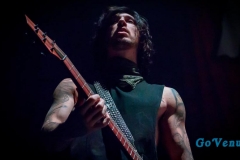 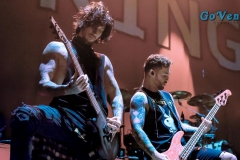 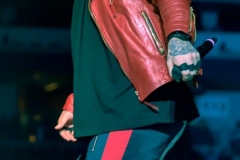 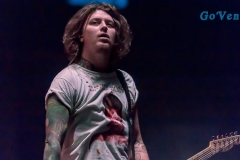 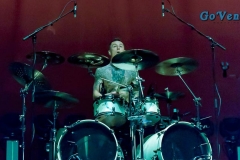 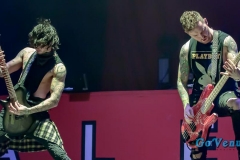 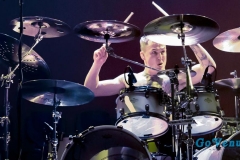 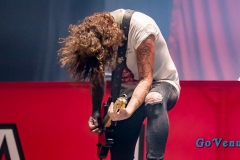 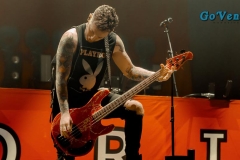 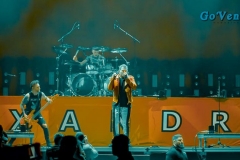 WORDS BY DAVID TAYLOR AND PHOTOS BY ROBERT A CHADWICK | Go Venue Magazine It’s not every day that you get to see an inducted member of the Rock and Roll Hall of Fame. And […]