Indy rockers, Palaye Royale, who have today been nominated for a JUNO in the Breakthrough Group Of The Year category, have announced ‘The Bastards’ North America 2020 Tour – a mammoth headline run presented by The Noise and Ones To Watch beginning in Sacramento, CA on April 17th and hitting a further 26 cities before culminating in the previously announced show at The Wiltern in Los Angeles on May 29th. Tickets and VIP packages for ‘The Bastards’ North America 2020 Tour go on general sale on Friday, January 31st at 10am local time from PalayeRoyale.com [r20.rs6.net]

Joining Palaye Royale on The Bastards North America 2020 Tour will be The Hunna (April 17 – May 10 only) and Arrested Youth. Also joining the line-up solely for the final show in Los Angeles will be Jessie Paege.

*with The Hunna **with Jessie Paege

The tour is in support of PALAYE ROYALE‘s upcoming 3rd album, ‘The Bastards’. Surrounded by a utopian world created by the band, the album is slated for release this year and will be accompanied by a graphic novel series, a trilogy of tragic books as opposed to comic books, that weave an intricate tale giving each individual member a backstory. This story is reflected throughout the band’s visuals, music and artwork. Clues and secret symbols relating to the story have been placed throughout the band’s output since their inception for fans to find and decipher. More on this can be found at the Instagram account. More on ‘The Bastards’ coming soon. 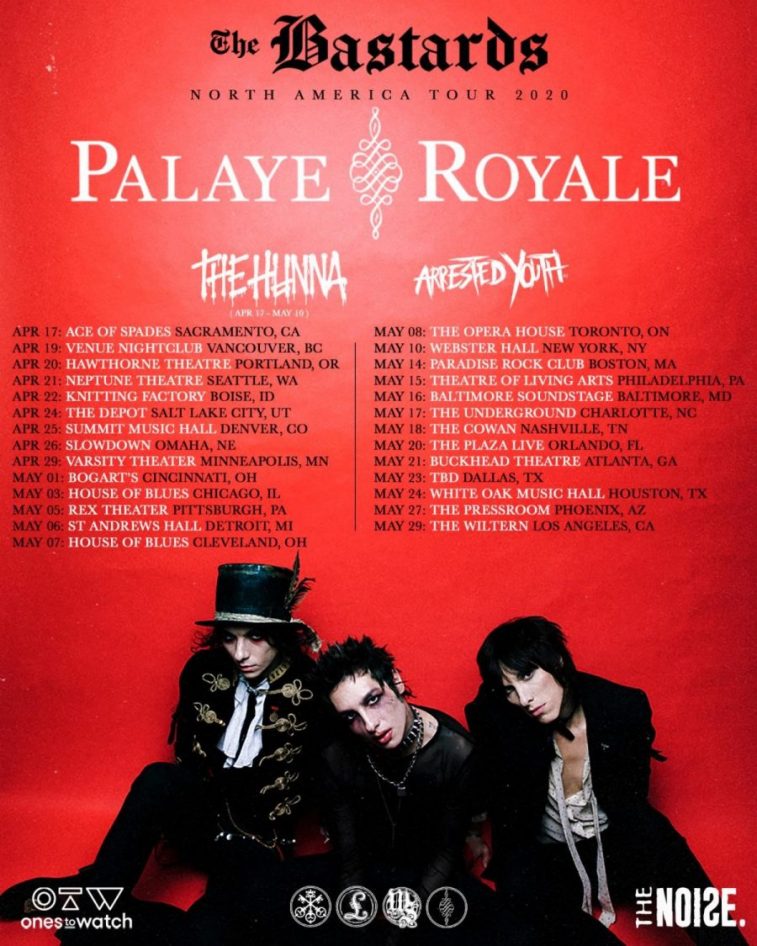 Palaye Royale ‘The Bastards’ Out Now In Retail Stores

THE BASTARDS, the highly anticipated third studio album from adrenaline-fueled, rock n’ roll circus and recent JUNO nominees, PALAYE ROYALE, is out on Sumerian Records and now available for purchase in retail stores near you. The album […]