Horisont is a Swedish rock band known for their full moustaches and psychedelic sounds. Described as “a sonic trip,” they are five men on a mission to rock the world.

The band is gearing up to release their new album on May 15th, following About Time, released in 2017. Sudden Death is a work of weird, said frontman Axel Söderberg.

“It’s different from what we’ve done before. We’ll see what the people think.” Söderberg added with a smile, “I really like it.”

Despite having to cancel a tour due to Covid-19, Söderberg is not worried about the reception of the album being affected.

“It sucks not being able to tour. But I just hope people like it. There are still some festivals that haven’t been cancelled yet, so we’ll see what happens.” 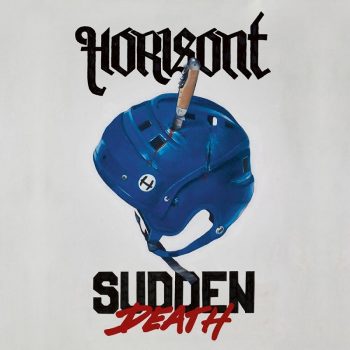 About Time was primarily focused on the theme of time travel. Sudden Death, though, is less theme-heavy.

“It was sort of just rolling with it. For most of it- I had a friend that committed suicide a couple years ago, so most of my songs are me trying to deal with that. That’s sort of the red thread.”

Horisont has had quite a bit of experience releasing albums, as they formed in 2006. Sudden Death is their sixth studio album (and their second released under Century Media Records). However, that doesn’t mean that it has become monotonous.

Horisont is known for an evolving sound. Through the years, their albums have become less metal-oriented and more “retro rock,” harkening back to the days of Deep Purple, Thin Lizzy, Kansas, and Boston. It’s classic hard rock meets prog rock with originality for a new age. Sudden Death, however, is something a bit new from Horisont.

“This was sort of my plan all along, to get away from the generic hard rock that we were playing from the start. I sort of tricked my bandmates into going more toward the ‘80’s.” Söderberg said of the new album. “The songs that have been the most successful were the ones I presented to the guys that they didn’t really like at first.”

Söderberg noted that Horisont’s goal is always to release a labor of love that can be listened to front-to-back.

“You’re supposed to listen to the whole album,” he said. Though Horisont has released a couple of singles from the upcoming album, the intention is that it is taken as a whole.

“This is probably one of the records that we have made that has the least hits on it,” Söderberg said with a laugh. “But I think this is the best one. Of course, everyone says that.”

Sudden Death will be available everywhere May 15th.

Strung, the Guitar String Jewelry Company known for their song inspired bracelets, is looking for musicians, music lovers and fans to be a part of their brand new VIP Brand Ambassador Program. The company is […]

Thanks so much for your patience. After a couple of rescheduled dates due to COVID-19 protocols, they now have a confirmed date for this spring. Social distancing and mask requirements will be in effect to […]