Dropkick Murphys have just released a new single, “Mick Jones Nicked My Pudding”–along with a B-side “James Connolly,” written by the band’s friend Larry Kirwan–direct to fans via www.DKMStore.com and dropkickmurphys.bandcamp.com. The band debuted the new single live during their Streaming Up From Boston St. Patrick’s Day concert on March 17.

Streaming Up From Boston has now been watched more than 10 million times across multiple platforms, and was featured on the NBC Nightly News (March 18), CBS This Morning Saturday (March 21), CNN (March 23) and The Late Show With Stephen Colbert. Dropkick Murphys’ charity The Claddagh Fund raised over $60,000 for the city of Boston’s Boston Resiliency Fund in connection with the live streaming event. The free streaming concert was a #1 YouTube Trending Page, #2 Twitter Trending Topic across the United States, and a homepage feature on Twitch, as well as streaming concurrently via Instagram and Facebook Live. Streaming Up From Boston was sponsored by Boston-area tech company Pegasystems.

Watch NBC coverage of Streaming Up From Boston here:

In addition to Mick Jones Nicked My Pudding” / “James Connolly,” Dropkick Murphys recently released the single “Smash Sh*t Up,” and will release a new album on September 11 through the band’s own Born & Bred Records. “Smash Sh*t Up” is available digitally and on limited edition colored vinyl paired with B-side “The Bonny,” a cover of Gerry Cinnamon’s 2019 song. 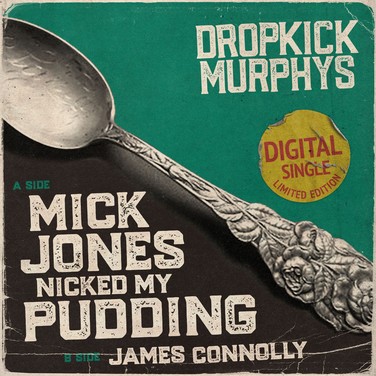 Fresh off the float after leading the World Series victory parade for their hometown Boston Red Sox, Dropkick Murphys have announced the dates for their 2019 St. Patrick’s Day Tour. This yearly sold out run of shows celebrates […]

Clutch announce the release of “Electric Worry.” The single is the third in a series of new studio recordings that comprise the newly launched Weathermaker Vault Series and the first new official music Clutch is making available since the release of […]