Tickets for the 2020 Metal & Beer Fest: Philly dates will automatically be valid for the new dates. In the event you cannot attend, you may opt for a refund within 30 days of the new show dates being announced. Emails will be sent from Live Nation to ticket holders notifying them of their full options. For full details of Live Nation’s refund policy, visit: https://www.livenationentertainment.com/ticketrefund/.

Of course, this is a metal and beer festival and we’ve got the weekend’s other vital component totally covered via the world’s most metal breweries! The beer lineup is again presented by our friends at Broken Goblet (PA) with an appearance from featured breweries Wake (IL), Brimming Horn Meadery (DE), and Lionshead (PA)! 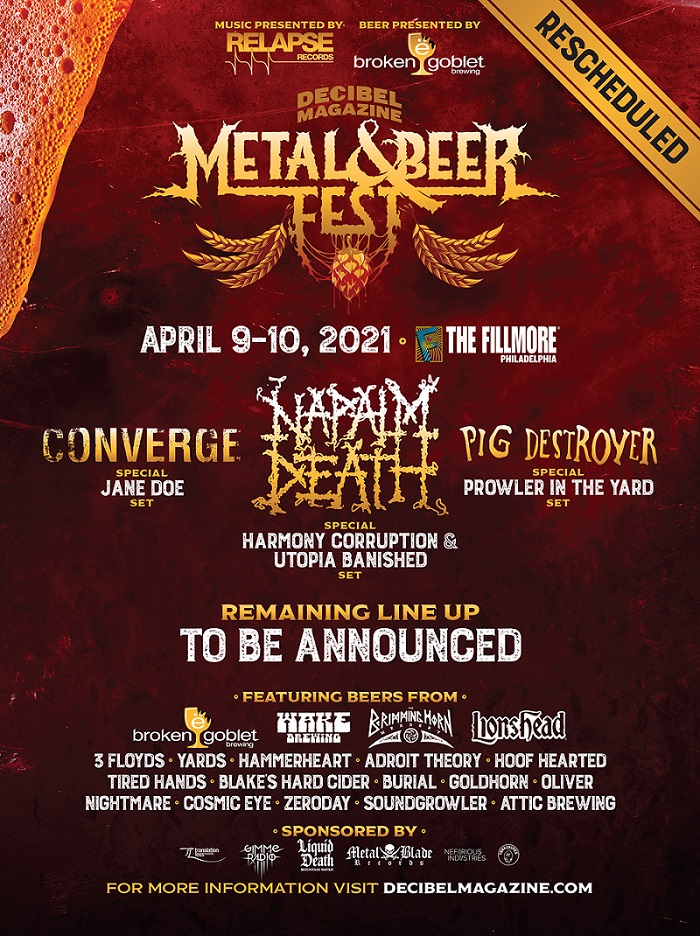 Decibel Magazine is currently streaming “‘Til Death And Beyond” from Texas death thrash legion Steel Bearing Hand. The track comes off the band’s brutalizing Slay In Hell full-length, set for release April 2nd! Notes the band […]