The Blue Ridge Rock Festival will be returning to Virginia for its second run this September. With one of the largest lineups of any rock and metal festival in 2021, this year’s bill has been highly anticipated. They’ve unveiled 16 more artists on the lineup, and confirmed that more will be announced in the coming months.

The festival will take place over four days, from September 8 through the 11, at the Virginia International Raceway [map] in the town of Alton. In total, 171 artists have been booked to play across the five stages at the event.

Dubbed a “fan-driven rock experience,” the 2022 lineup was voted on by over 285,000 fans. While Slipknot, Disturbed, Ghost, Lamb of God, A Day to Remember, 3 Doors Down and Alice Cooper are among the artists who’ve already been announced to perform, quite a few more have been added. The ones yet to be announced are apparently reunion acts that are still a secret for the time being.

See the updated lineup below.

A variety of ticket options are available for purchase, including single day, 3-day, 4-day and 5-day passes, some camping and RV passes, locker rentals and more. Single day passes start at $85 plus fees, and the highest price option, which is for a 5-day pass with RV camping, is set at $750 plus fees. 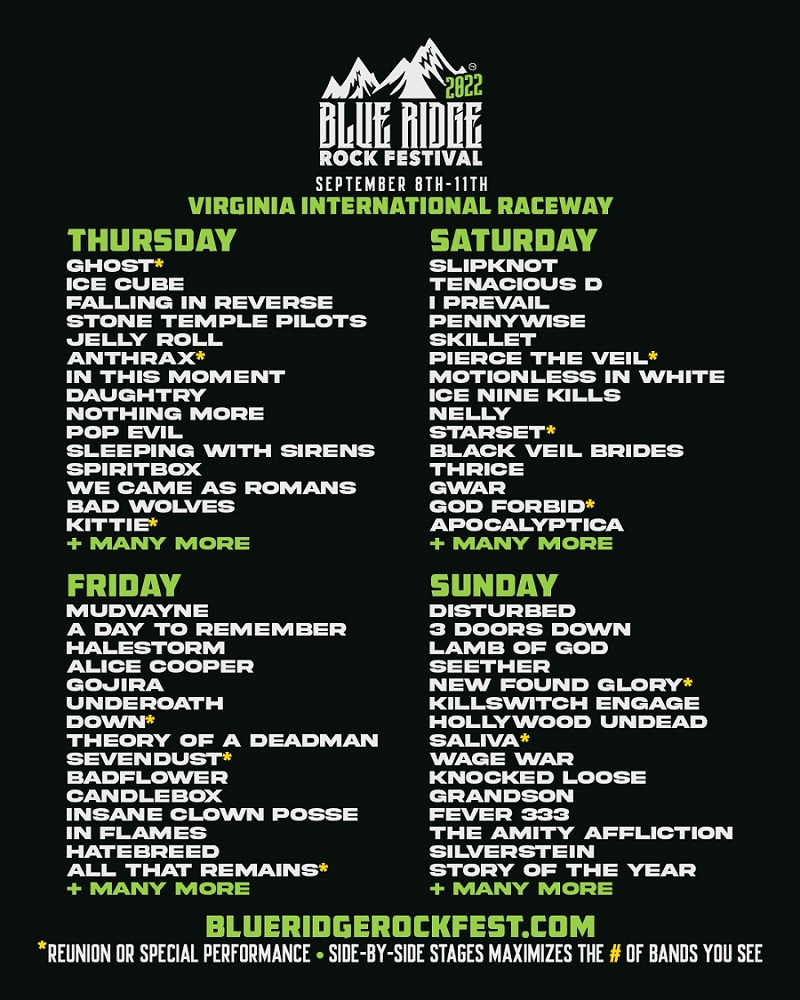