Worhol is a female fronted symphonic rock band out of Texas, but some mistake them for a European band because of their overall sound and appearance. The band delivers a unique style of dark, theatrical, orchestral music that showcases Ashley Worhol’s dynamic mellifluous voice.

Worhol is taking 2018 head on with a brand new music video that was filmed in Los Angeles, California by Multi Mojo Productions for their latest single titled “Already Forgotten” and plan to release their EP later this year.

“Already Forgotten is a song about understanding your own self worth and having the courage to know what you deserve. This is a personal topic for me and we knew when we were in the stages of filming that we wanted to incorporate more of a movie based video to help bring awareness to the subject of abuse. No one truly knows what someone might be going through behind closed doors. It is so important for people to know that help is out there” Says Ashley Worhol.

“Already Forgotten” can be seen below:

Worhol formed in 2013 when lead singer Ashley Worhol and her father Larry Worhol decided they wanted to follow their dream together as a team. Both having degrees in music and a classical background, they knew that they had the knowledge it would take in writing their style of music. Worhol’s music can be best described as symphonic and theatrical with Larry being the guitarist as well as the orchestral composer and Ashley being professionally trained. Since Ashley and Larry are kin to Andy Warhol they decided to keep the band name in the family. Once Worhol was set they reached out and found the rest of the members of the band; Craig Malinowski (bassist) and Marty Naul (drummer).

Over 2013, the band produced their first music video and started writing compositions for their first album. Over the next few years, they participated in several music festivals as well as touring throughout the south. During that time-frame, the music video got attention when Houston Press announced it was ranked third out of the Houston area. Houston Press awarded Worhol’s “The Darkness” as the #3 best music video out of Houston, TX for the year of 2014. The attention continued as they gave several radio interviews and appeared live on Great Day Houston with a musical performance. All that attention led to the band signing with Imminence Records and setting the release for The Awakening Summer, 2017. 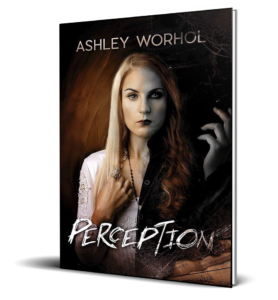 In addition, Ashley recently published a hybrid poetry/photography book called, “Perception” and a jewelry line. She will be attending Comic Cons such as Wizard World and Days of the Dead on the following dates: