On October 9th, 2018, The Waiting Room Lounge in Omaha, Nebraska is where on your musical treasure map you wanted to be. Not only did X mark the spot, but at least 85% of The Wombats / Barns Courtney fans in attendance sported large X’s on their hands. This was an all ages show, and all ages showed up. Maybe 85% of the people there weren’t old enough to drink (hence the X’s) but 100% of them were there to dance and party.

To get the party started Barns Courtney took the stage. About a year ago he released an album called “The Attractions of Youth”. How apropos as nearly everybody at the jam-packed Waiting Room could be defined as youth. At 58, I can tell ya, youth passed me by, many, many, MANY years ago. He cruised on stage with a swagger and look that at first makes you think of Jim Morrison, but as soon as “Fun Never Ends” started, he now becomes a strutting Mick Jagger. Next song is “London Girls”, this is an absolute bounce to the music type of song. At this point the leather jacket comes off and his newest release “99” is performed. This is a must check out song, so here ya go. The song most of us know him for was next, “Glitter & Gold”. This song has been used for several commercials and featured on tons of show and was the opening theme song for the Netflix show ”Safe”. “Golden Dandelion” and “Kick” were next, by now the “youth” have certainly been attracted. They were totally into him and during the last song “Fire” he was totally into them, literally! He pulled a young lady to the stage, gave her his phone and told her to record. He then jumped into the crowd, hugging everybody he could get his hands on. The youth ate it up. He jumped back on staged, kissed some hands and as quickly as it started, it ended. He ran off stage as the band completed the song. This was not some generic opening act, there is no doubt Barns Courtney’s future will be attracting youth and be long-lasting.

Now that Barns Courtney completely fired up the kids and I, it was time for The Wombats. They are currently touring in support of their new album “Beautiful People Will Ruin Your Life”. The Wombats have a fervent fanbase and they came out in droves. The band is made up of three, but sound like 30. The marsupials are Matthew Murphy (vocals-guitars), Tord Øverland Knudsen (Bass-Keys) and Dan Haggis (Percussion). They opened with the newest release “Cheetah Tongue” and from the first note to the last, they had us hooked. They mixed their old and new songs perfectly and their style might be described as pop-punk. As I shot this show all I could see were the X’d marked hands punching the air and waving back and forth. The fans of this band are not bashful, they will scream, jump and sing without shame, and it’s wonderful. These guys are clean and crisp sounding, their vocals play-off each other and they harmonize quite nicely. Their best moment came with they played “Pink Lemonade” then “Moving to NY”. I like this moment the best because it showcased what these guys are all about. They can go from a nice gentle guitar strumming / synthesizer sounding song to heavier and faster rock song without issue. After “Jump Into the Fog” and “Lethal Combination” came the fake ending song and my favorite, “Let’s Dance To Joy Division”

Love the rhythm of this song, made me feel like I was young again, I looked at my hand but alas, no X. The song is about dancing to songs that have a darker meaning to them. More specifically, dancing to Joy Divisions, “Love Will Tear Us Apart”. Check out both songs here.

The Encore featured “Turn”, “Tokyo” and the song all the uber fans came out to hear, “Greek Tragedy” The night was full of fun and back and forth bantering. This was more than just three guy playing instruments on stage, this was three guys playing instruments on stage having a great time and who honestly wanted to entertain us. And entertain they did. 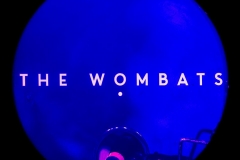 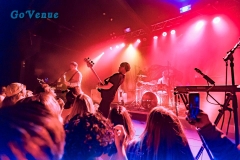 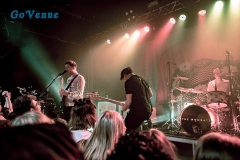 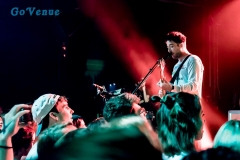 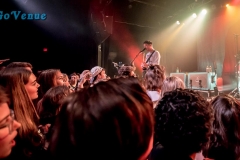 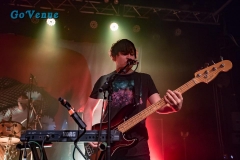 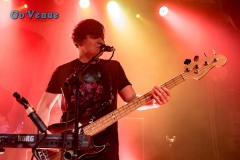 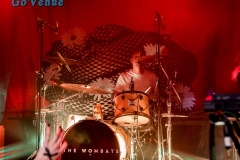 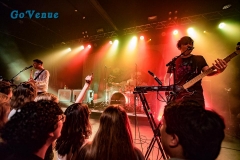 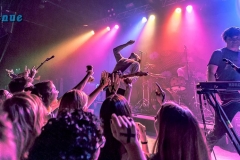 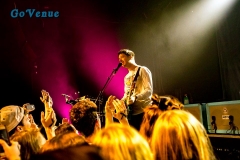 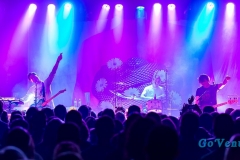 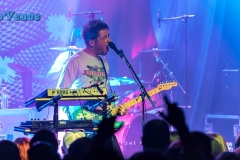 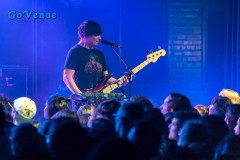 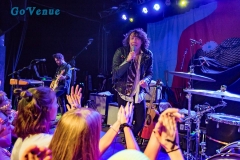 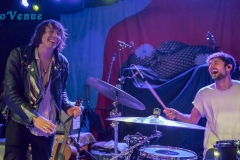 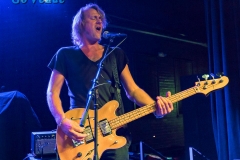 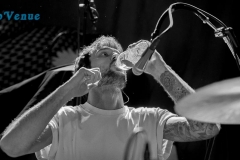 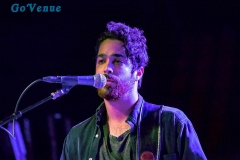 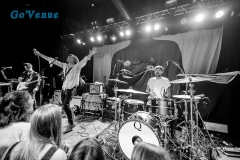 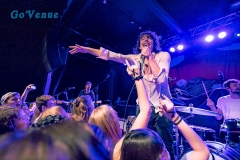 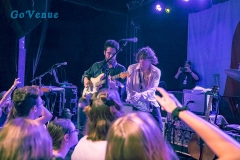 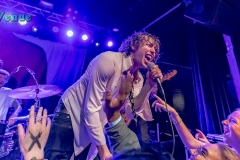 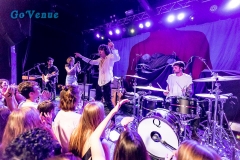 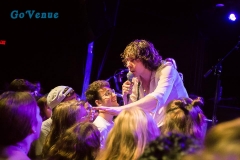 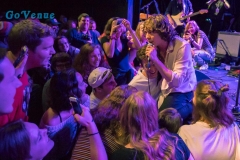 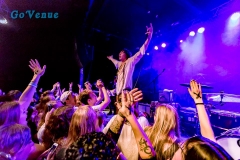 “And may God be merciful, because these twisted men will not.” ― Brom, The Child Thief I’ve been to the Lookout Lounge, in Omaha, Nebraska, countless times and I cannot remember this joint being as […]

DOLL SKIN DELIVERED THEIR KILLER PERFORMANCE AT THE LOOKOUT LOUNGE IN OMAHA, NEBRASKA

Doll Skin is an all-female rock band from Phoenix, Arizona, with vocalist/guitarist Sydney Dolezal, bassist Nicole Rich, Alex Snowden on guitar and Meghan Herring on drums came to Omaha and performed their killer set at […]