Known for their rugged, authentic approach to rock and roll, the Northern California band has been making memorable music since 1969 and last played the Iowa State Fair Grandstand in 2011. The Doobie Brothers, featuring Tom Johnston, Michael McDonald, Pat Simmons, John McFee, join an already announced array of Christian, Country, R&B, and Rock groups. They will perform the last night of the Iowa State Fair on Sunday, August 22, 2021.

For over four decades, The Doobie Brothers have been known for delivering mind-blowing, roots-based, harmony-laden, guitar-driven rock and roll – all of which recently led to the band’s induction into the Rock & Roll Hall of Fame. Boasting one of the most loyal fan bases in music, selling more than 48 million albums, and winning four GRAMMY® Awards, The Doobie Brothers continue to write and record new material and tour the world. 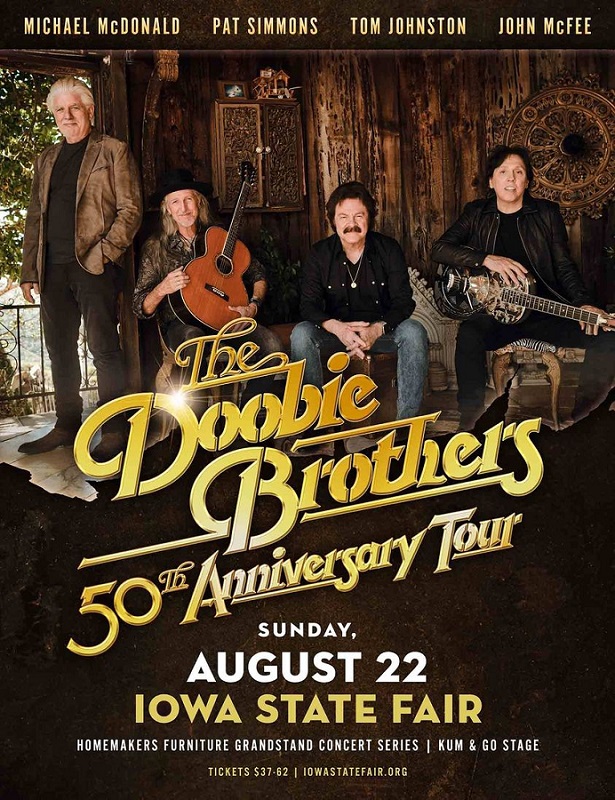 WORDS BY DAVID TAYLOR AND PHOTOS BY ROBERT A CHADWICK | Go Venue Magazine Thursday, June 13 was a perfect night to go to an outdoor concert in Council Bluffs. The weather was perfect, not […]

REVIEW BY DAVID TAYLOR and PHOTOS BY ROBERT A CHADWICK | Go Venue Magazine On May 20, Canadian pop punk rockers Sum 41 and Simple Plan brought their Blame Canada Tour to Stir Cove at […]