“The modest person is usually admired, if people ever hear of them” – Edgar Watson Howe

On May 9th, the Ralston Arena, may not have been jam packed with people, but it was jam packed with amazing sound and energy. The opening act was Mass Gothic. What and who is Mass Gothic? Mass Gothic is Noel Heroux formerly of Hooray for Earth which is fronted by his wife Jessica Zambri. The rest of the band varies, but on this evening Lisa Molinaro, who performed with Mass Gothic and when not with her normal band Talkdemonic is a touring member of Modest Mouse. What’s not to like about Mass Gothic, they are vibrant on stage and their dreamy distortion filled pop sound is a pleasure to listen to. Their sound is unique, and their use of echo is flawless. The work they put into their set was greatly appreciated by the audience. They were a really brilliant opening act.

Mass Gothic Set List:
DARK WINDOW – JZOK – KEEP ON DYING – NEWARK – WATER – NICE NIGHT – CALL ME – HOW I LOVE YOU – EVERY NIGHT YOU’VE GOT TO SAVE ME – BIG WINDOW

Modest Mouse are Isaac Brock (vocals), Jeremiah Green (drums), Tom Peloso (upright bass), Jim Fairchild (guitars), Russell Highbee (bass guitar), Lisa Molinaro (viola), Ben Massarella (percussion) and Davey Brozowski (percussion/keyboards). The 4500 seat Ralston Arena played host and even though only about 1500 tickets were sold, it still felt like a sold-out show. The crowds love of this band more than made up for the lack of sales. It’s been three years since Modest Mouse released an LP and as it was also a Wednesday night in Omaha, a true sell-out may have never been in the cards. The show started strong and the band played their hearts out, they had the joint jumping and all of the 1500 there were singing along to all the songs. The light shows were spot on, but the sound could have used some tweaking. Isaac loved chatting with the crowd, although the sound quality made it difficult to understand him at times. There was a moment where he recognized the Omaha hockey team and something about how orthopedic shoes are wonderful. The initial set consisted of 18 songs, including Lampshades On Fire. The band had the club sized crowd in the palm of their hands.

They left the stage to prepare for their encore. This was as long a break from an initial set to an encore as I had ever witnessed. By the time they came back out, a third of the audience had left and whatever energy was in the crowd when they walked off the stage was practically gone when they returned. The crowd hung tuff though as the big hit Float On had not been played yet and during the five song encore, it would also not be played. Really stunning and unacceptable. If you’re the Rolling Stones and you don’t play Satisfaction, you might be forgiven, simply because you’re the Rolling Stones and you have 500 other giant hits to replace it. Modest Mouse are not the Rolling Stones and they do not have 500 other giant hits to replace Float On. You may be at a point in your career where you’re tired of playing the song, and that’s fine, but if that’s the case write and perform some new stuff. Again, nothing new in three years from this band. I just found it to be a little on the opposite side of Modest. And with that, we went home. We were entertained for sure, but there was a feeling like something was missing.

Modest Mouse Set List:
SPITTIG VENOM – BURY ME WITH IT – I CAME AS A RAT – SUGAR BOATS – PERFECT DISQUISE – KING RAT – AUTUMN BEDS – DRAMAMINE – LAMPSHADES ON FIRE – DOIN’ THE COCKROACH – PUPS TO DUST – OUT OF GAS – SHIT IN YOUR CUT – TINY CITIES MADE OF ASHES – THE WORLD AT LARGE
[ENCORE]
SATELLITE SKIN – THE TORTOISE AND THE TOURIST – NEVER ENDING MATH EQUATION – DASHBOARD – POISON THE WELL 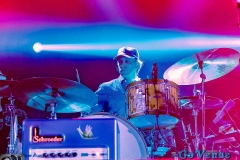 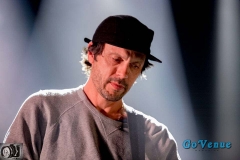 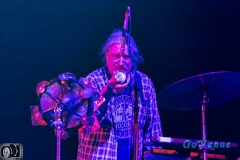 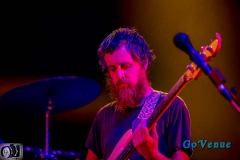 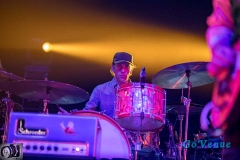 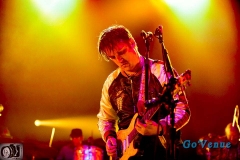 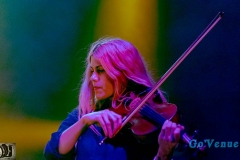 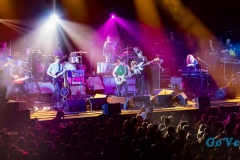 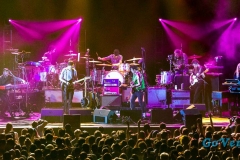 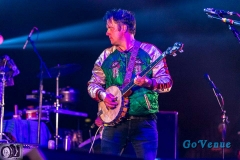 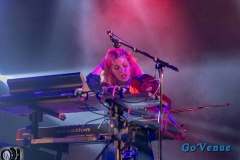 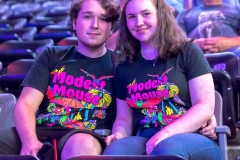 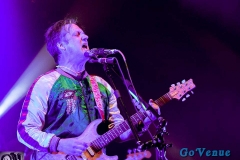 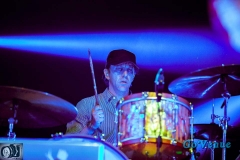 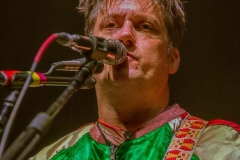 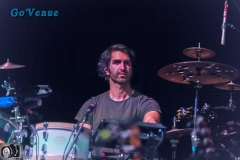 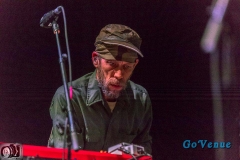 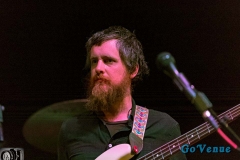 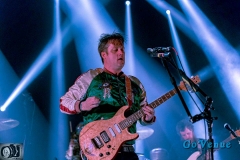 Alice Cooper is hitting the road with some Detroit muscle this Spring! The newly-announced 2022 Spring Tour will kick off after the Monsters of Rock Cruise traveling from the East to the West Coast. Joining Alice […]

It has been eight years since Green Day has played in Omaha (2009). They have always loved the heartland and on Saturday, August 12, they marked their return to the CenturyLink Center with a bombastic […]

May 15, 2018 marked the return of A Perfect Circle to Omaha, having played here the last time on May 30, 2000, opening up for Nine Inch Nails at the Omaha Civic Auditorium. Baxter Arena […]