Heavy-rock band LUCIFER announce a handful of tour dates for part II of their North American headline tour. The band will hit the road starting on August 12th in Phoenix and ending on August 21st in Vancouver. HAUNT will kick off the tour as direct support for the first few dates, then SPELL will join the tour as direct support for the last three dates. Tickets still on sale now. For more information and to purchase tickets for the band’s upcoming tour dates, visit LUCIFER’s Facebook page HERE.

“We are thrilled to announce that we will return a second time this year to North America, this time hitting the West Coast,” states LUCIFER frontwoman Johanna Sadonis. We are also tremendously excited to return to Psycho Las Vegas. With us on all Californian dates will be the mighty HAUNT from Fresno. Ripping Canadian rockers SPELL will be re-uniting with us for the northern dates of this run. Our last excursion was a wild triumph in the cold of winter and we are ready to burn it up this dirty black summer. Don’t forget your leather jacket. We won’t.”

LUCIFER has been touring nonstop in support of their recent full-length album Lucifer II. The band recently wrapped a tour with The Hellacopters for select European shows in May. Additionally, the band is gearing up to perform at festivals like Metal Days, Bukta Festival, and Beyond The Gates. They have previously performed at KISS Cruise, Psycho Las Vegas, Desertfest, Hellfest, Muskelrock, Sweden Rock, and Freak Valley.

The group, led by Johanna Sadonis and Nicke Andersson, celebrated massive success in 2018 with the release of Lucifer II, turning heads with their addictive Sabbath-ian hard rock. The album charted at #40 on the German charts, #1 on the Swedish vinyl and hard rock charts, and #2 on the physical album charts. The record is available on vinyl, CD and digitally HERE.

LUCIFER have commenced work on Lucifer III, which is set for release early 2020. Stay tuned for more details on the forthcoming release. 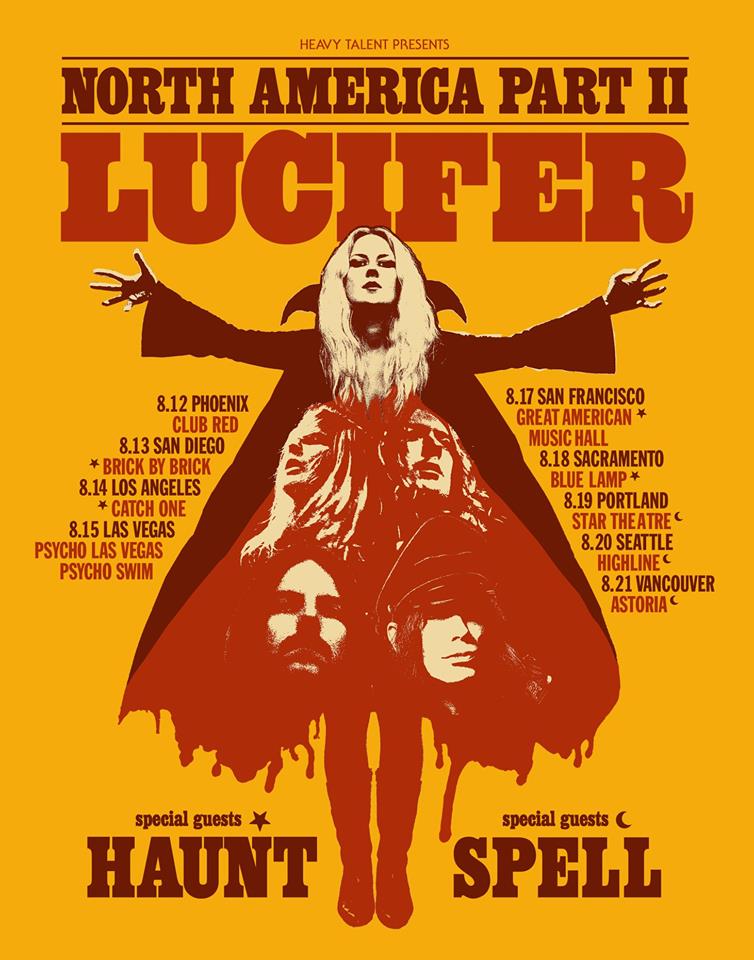 DANI DROSS | Go Venue Magazine Covid-19 is changing our world in more ways than one, including live music- but Johanna Sadonis and Nicke Andersson don’t seem to be letting it get them down. Lucifer, fronted by Sadonis with her […]

LUCIFER announce the release of their first single “Ghosts” today. The track is off the band’s forthcoming full-length album Lucifer III. Listen to “Ghosts” below: “It is with great pleasure and pride that we can […]