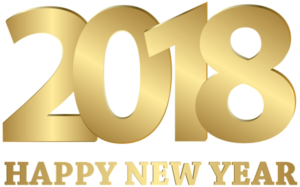 Oh wow! 2018 is here! The staff of Go Venue thanks everyone who has visited our website and liked, shared, and supported the page since we started one year ago today. Not only to thank everyone, but as an editor I want to thank all the staff who contributed the gig reviews, photos, album reviews, and projects. I really appreciate their efforts. I’ve always enjoyed reading their perspective of their experience at the shows and viewing their skills in photographing the shows. They are awesome people to work with.

We have some great accomplishments during the past year, such as covering some awesome rock festivals, including a two-day Black of the Blackest Festival in the Los Angeles area, our first cover of the major music festival. We received a lot of positive response from our readers—so exciting! Then, Rockfest in Kansas City, Kansas, which was my first major rock festival I attended and photographed. My experience there was wonderful, however, I was so sick, as I had a sinus infection, but that didn’t stop me. Hope I don’t have that again this year. The next was Louder Than Live Festival in Louisville, Kentucky; Monster Energy Rock Allegiance in Camden, New Jersey; Aftershock in Sacramento, California; and Ozzfest Meets Knotfest in the LA area. We also covered some other major rock shows, such as Blondie and Lynyrd Skynyrd at the Harrah’s Stir Cove Concert Series in Council Bluffs, Iowa; Slayer w/ Lamb of God and Behemoth in Kansas City, Kansas; Green Day at the CenturyLink Center in Omaha, Nebraska; Scorpions with special guest Megadeth at The Forum in Los Angeles, and many more.

During 2018, we plan to continue to grow, covering some more music festivals we haven’t covered during the past year. We will maintain covering the festivals we did last year. And hopefully we will be able to cover some additional major rock concerts.

We plan to expand our staff, adding writers for the Omaha/Lincoln area, interviewers, and album reviewers. And, of course, we plan to add photojournalists in some major cities. More details coming soon. If you have any questions on this, or are interested to know more, please send Robert an email at editor@govenuemagazine.com.

Thank you all again for your support. We look forward to seeing what the year of 2018 will offer us.

Have a happy and safe new year!!

BY MAURICE NUNEZ | Go Venue Magazine Tonight, September 1, 2021, ‘The Metal Tour of The Year’ came to Irvine, CA with Hatebreed, Trivium, Lamb of God, and Megadeth. It’s great to have shows back […]

BY KRISSY COMER | Go Venue Magazine Oh what a night! Four bands rocked the night away. The Interrupters opened the night up with Aimee Allen, known as Aimee Interrupter singing her guts out. The […]

All Tickets & Packages On Sale Now Tool, Avenged Sevenfold, A Perfect Circle and Alice In Chains lead the incredible lineup for the fourth annual Northern Invasion, Saturday, May 12 and Sunday, May 13 at […]