New Jersey Metal act DRIFTER has released the official music video for the single “Black Mamba” off of their new EP, The Howling. Originally premiered on AntiHero Magazine, “Black Mamba” was Directed and Produced by the band’s front-man, Mike Monto.

“An aesthetically blended video of darkness and light, “Black Mamba” cries out to be recognized in the realm of semi-melodic thrash metal as Drifter efficaciously takes the course less chosen to create a stir among rock, metal, and general music fans across the spectrum. And, as Monto states, “There’s a thunder we all know.” – AntiHero Magazine 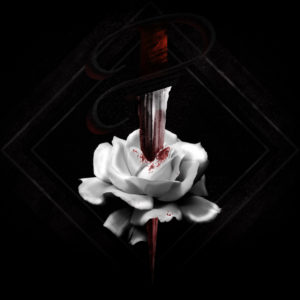 Thrashing through the melodic metal scene, Drifter is breaking out with their debut EP The Howling. After months of writing and recording in their home studio, based out of New Brunswick, the band is an ideal monument of DIY innovation. From tracking and producing, to graphic design, photo shoots and video production, and marketing, the band has grabbed the bull by the horns thrusting them into the spotlight.

Crawling from the local Jersey scene, Drifter is a five-piece, cinematic wonder. Drifter’s crisp rhythms are held tightly together by drummer Mark Kairelshteinand bassist Filip Halajko are complimented by the boisterous, dual-leads from guitarists Jon Plunkett and Joe Derogatis. Sealing the band together, vocalist Mike Monto contributes his own flare to the seasoned genre.

After running through several line-up changes throughout the years, Drifter’s grown to final form. Ready to hit the road, take over stages, and shred ‘til they’re dead, the band plans to play the final Warped Tour along with other headline dates throughout the summer, promoting The Howling.