Hot damn this concert hit the mark. Friday September 28, 2018 First Aid Kit was back in San Francisco performing at the Masonic. From beginning to end they all left a lasting impression of what true talent is!

Julia Jacklin was the first performer of the night, and what an opening. First off, I was surprised to see her walk onto the stage alone, almost shyly as she sipped her water and strapped on her guitar. Secondly, she sang unplugged. This gal needs no backup she was captivating and reeled you in as her soft voice sang and the moments she belted it out was full of emotion.

She was hilarious when discussing her road trip with her “good friend,” Nick. For this tour, they had been in the car about 75 hours from New York, to New Orleans, to San Diego and the ER once. For getting a cactus stuck in his knee.

I absolutely loved when she sang ‘Leadlight.’ Her voice is liquid gold. Listen to her music and if you have a chance you need to see her in concert!

I especially loved her version of  (The Seekers cover) – ‘I’ll never find another you.’

M. Ward is a critically acclaimed singer, songwriter and musician known for his solo albums as well as his work with Zooey Deschanel in the duo She & Him.

My younger sister introduced me to the music of She & Him a few years ago. Whom we love. Seeing him in concert is a whole new experience. I feel as though its safe to safe jaw’s and panties were dropping to the floor as he entertained us with his sexy, raspy voice. The way he played the hell out of his guitars and harmonica, blew me away.

The moment he sang ‘War & Peace’ my heart skipped a beat and I fell in love just a little bit. After all he sang it best, “Then love finds me in the crossroads..”

What I appreciate about Julia Jacklin & M. Ward opening for First Aid Kit, is they are unlike many other performers that are so genuine and humble. After each song M. Ward thanked and bowed at the audience. To me they are Sirens that I would happily follow wherever their voices might take me. They are endlessly talented!

The lights went out  and the disco lights flashed silver bursts while the background music to ‘Fireworks‘ began. Suddenly it cut into ‘Distant Star‘ as the bright lights shined on them. I was a little disappointed they didn’t continue ‘Fireworks‘ but their performance of distant star was perfection!

Who would’ve thought that two folk singers could flit across the stage and head bang while playing their guitars?! It’s foolish to underestimate these sisters. They are amazing, and should NEVER be put into a labeled box!! They interacted more with their band more than I’ve seen any other performers do and it looked like they were having so much fun. I wanted to be a part of it.

As far as sisters taking over and being able to harmonize, I’d love to see what they could create with Tegan & Sara!

The memorable part of the night for me is when they performed ‘You Are The Problem Here.’ Afterwards Klara spoke to the audience.

“Thank you so much. It was our protest song about rape culture..it feels pretty relevant today. I don’t know if you’ve been watching the news, but we have. Fuck the patriarchy. It’s a song we really wished we didn’t feel the need to write, but we have a lot of pent up anger and it came out in song. We wanted to ask these perpetrators some questions, like why did you do that to another human being? Instead of asking victims questions. Like what were you wearing? Or, Had you been drinking? When you ask a victim those questions, you’re telling them it’s kinda their fault..AND THAT’S FUCKING BULLSHIT!!!!”

“…The blame and the shame belong to the perpetrators and that’s the only place it goes. No more excuses.”

Not only can these Swedish folk sisters harmonize perfectly but when they asked Julia Jacklin to join them on stage to sing a cover of a cover as they put it. She did. Words can’t describe how beautiful their three part harmony of “After The Gold Rush” by Neil Young, was. The cover they redid was after the Trio who consisted of Emmylou Harris, Dolly Parton and Linda Ronstadt.

Don’t take my word for it, see for yourself! 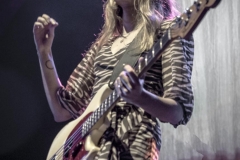 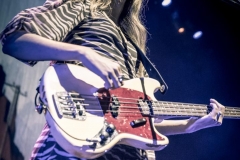 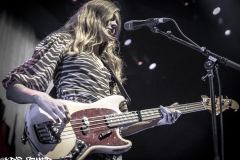 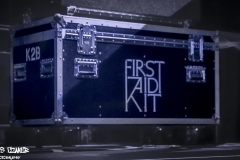 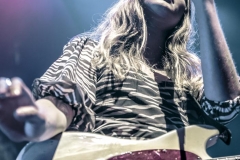 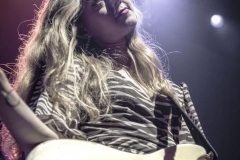 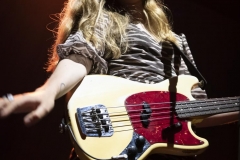 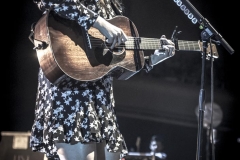 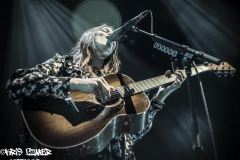 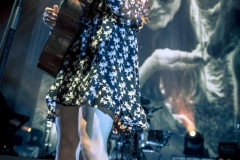 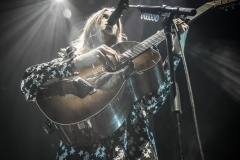 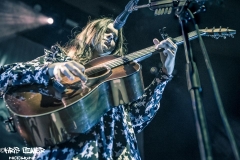 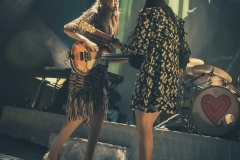 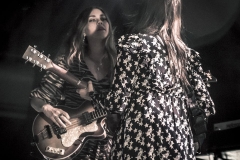 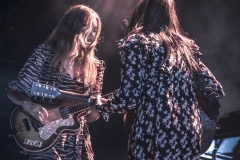 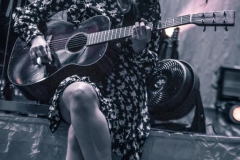 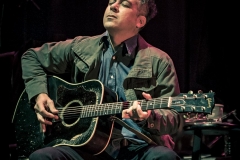 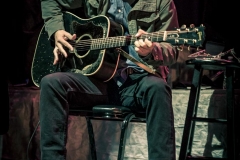 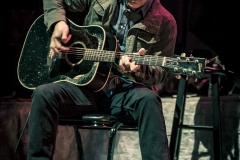 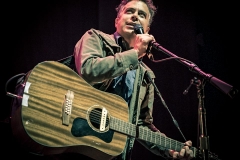 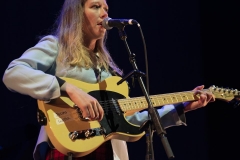 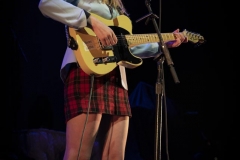 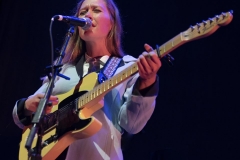 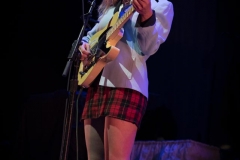