May 15, 2018 marked the return of A Perfect Circle to Omaha, having played here the last time on May 30, 2000, opening up for Nine Inch Nails at the Omaha Civic Auditorium. Baxter Arena was the place to be Tuesday night. I’m glad they booked another modern hard rock band, as this venue has so much potential to have more shows of this genre. Now, to the review!

The show was opened up by Night Club, a electronic, dark wave duo based out of Los Angeles. Fronted by fiery-redhead Emily Kavanaugh, she kind of reminded me of Shirley Manson of Garbage, such energy on stage. Kavanaugh was backed by Mark Brooks, the DJ of the duo. Their set was really poppy, catchy and dark, both lyrically and musically. They ended their set with “Candy Coated Suicide”, their new single off their upcoming album, Scary World, which comes out August 24. Cool set, overall. Wouldn’t think an electronic duo could be a good fit for a band like A Perfect Circle, but they pulled it off in a good way.

Finally, it was A Perfect Circle’s turn to hit the stage. I really like their new album, Eat the Elephant, as it’s a nice change of pace of instead of just straight hard rock, which is what I usually listen to. They played a good chunk of it, with 8 of 12 songs being played that night. They also played fan favorites like “The Outsider” and “Counting Bodies Like Sheep to the Rhythm of the War Drums”. Maynard James Keenan’s, you might know him from a small band called Tool, voice is so soothing live, it amazing he still keeps it fresh after all these years. I also respect that he isn’t a frontman, making him focus on his singing first, and, sometimes, does this weird dance on his back platform, which I enjoyed. But, the MVP goes to guitarist Billy Howerdel. Wow, was I amazed by his playing. Combined with his effects and his amazing, emotional guitar solos, I would have to say he would make my top 10 guitar performances I’ve ever seen live. Keenan joked when Howerdel messed up the beginning of “The Package”, saying that he’s human, guys, it’s ok, as he had a flawless performance leading up to that. Honorable mention goes to drummer Jeff Friedl, who rivaled his counterpart, Danny Carey of Tool, with his playing. Another thing to take note is that the band prohibited audience photography or video recording, meaning for the whole time, no one really was on their phone. It gave a chance of hope that we can still function as human beings at a concert without the use of our phones. It was truly a special moment. A Perfect Circle brought such a spectacle to Omaha, not to mention the amazing video boards they brought with them. Such musicianship between all the members. Can’t recommend enough to see this band live if you have the chance. 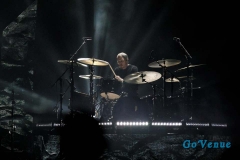 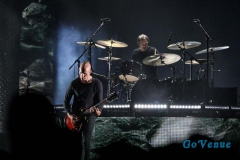 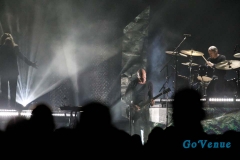 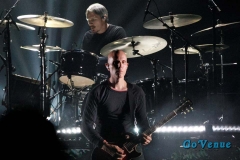 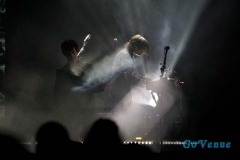 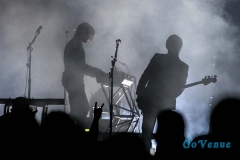 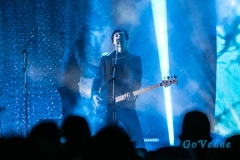 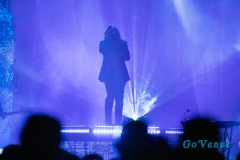 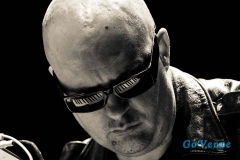 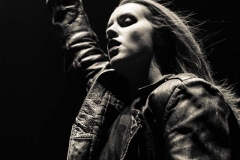 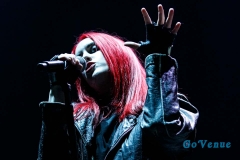 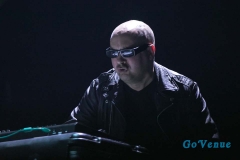 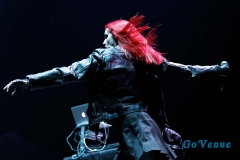 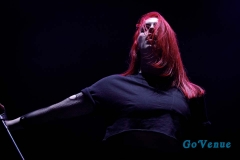 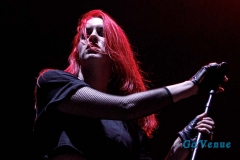 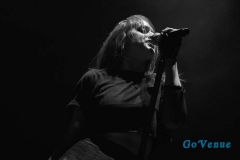 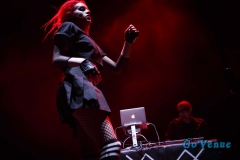 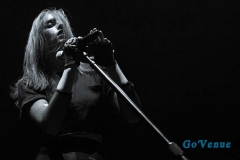 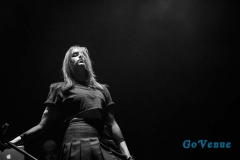 THE WOMBATS and BARNS COURTNEY Hit The Waiting Room in Omaha

BY DEAN BIRKHEIMER, Go Venue Magazine “X MARKS THE SPOT” – unknown On October 9th, 2018, The Waiting Room Lounge in Omaha, Nebraska is where on your musical treasure map you wanted to be. Not […]

On October 4th 2017, the Slow Down (Front Room) will present Moon Hooch with their special brand of “Cave Music”.  Opening acts Jackson Whalan (a sensitive new age guy) and Lavender Fields (spiritual and technological) round […]

Nelly Brings the Party to Omaha