As it says on their web page, The Great American Lobster Fest is the Midwest’s largest Lobster and Seafood Festival. Fresh east coast lobsters are flown in just for the festival. The festival includes music, family games and activities as well as craft shopping, various other land foods and of course cold beverages. This was a three day event from Friday, June 29 to Sunday, July 1, 2018. My wife and I went to the Saturday June 30 session. Originally this was to be held at Tom Hanafan River’s Edge Park, but due to flooding it was moved to the parking lot at the Mid-America Center. You may think the short notice change of venue would cause some problems for the organizers, and I’m sure it did, but they were transparent to the patrons. The organizers did a masterful job with the location change and there were absolutely no issues with the new setting. When we arrived, the wife went straight for the Lobster Meal pick up. Again, really well organized, drop you token in a bucket, head to the counter where you’re given your plate of potatoes, corn on the cob, biscuit, lemon wedges and melted butter. Then up to the grill where there were 2 young ladies hand cracking lobster for you. Each one a 1.5lb’s or more. Not the ladies, the lobsters. Now to be honest, I’m not much of a fan of seafood, but my wife, who is originally from Jersey and has had her fair share of lobster tells me it was incredibly delicious, prepared perfectly. I settled for the grilled cheese with a side of mac-n-cheese, because, well…I like cheese. The mac-n-cheese was superb. It was so hot and gooey. I loved it. Nice can of Coors light and I was completely satisfied. Since we were there from noon until about 9pm, we had our dinner there as well. I went for the BBQ supplied by D’s Catering. A quick plug for this local business. Absolutely some of the best BBQ I’ve ever had. I love the way he allows his ribs drip into the beans while they’re smoking. There were various sauces available, I went with the brown sugar sauce. If I’d been given a cup of it, I would have drunk it like a cup of water. Simply extraordinary. For dinner, my wife had, you guessed it. Another lobster and she told me the one at the end of the day was just a delicious as the one at the start of the day. There was a huge variety of food and plenty of seating which was available under a tent, which was good things as temps were in the high 90’s.

Although the festival is mainly about the lobster, there was much more to it than that. Plenty of things for the kids to do. A complete “kid zone” dedicated to family fun. Vendors galore, everything from shaved ice to a fortune teller. Then of course, live music. On the day I was there I was treated to Omaha’s own The Bishops. If you follow me on Facebook, then you already know I’m a HUGE fan of The Bishops. You would be hard pressed to find a band from this area that is as well respected globally as The Bishops. Two more bands were scheduled to perform, Rocky Raccoon a Beatles tribute band and Free Fallin’ a Tom Petty tribute band. Of the two only Rocky Raccoon got to perform outdoors on the stage as a rain storm shut things down shortly after Rocky Raccoon’s set had ended. I was not familiar with Rocky Raccoon, but I must say, they were pretty darn good. I totally enjoyed their performance and so did everybody else in attendance. An absolutely fun band and I plan on catching them again as soon as I can.

Like I said, a rain storm did come, and it appeared the festival, at least for Saturday session, would be over. But nope, once again the organizers were able to adapt and overcome. Thanks to the generous cooperation of the Mid-America Center, the event was moved indoors into the actual Center. There were still games to be played, beverages to be drunk, and the Tom Petty tribute band, planned on going acoustic, and most importantly where was still lobster for anybody who showed up hoping the event was still going on.

Overall this event was conducted professionally and every single person who represented The Great American Lobster Fest, did so courteously and with it’s customers satisfaction always in mind. Everybody was so friendly. I hope Omaha/Council Bluffs will be considered for future lobster festivals. A really well done goes out to all involved, all of you did a magnificent job. 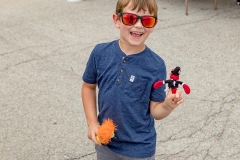 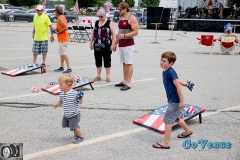 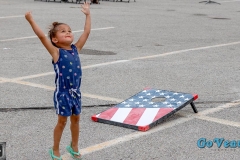 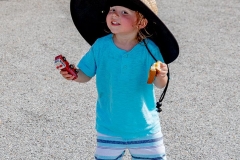 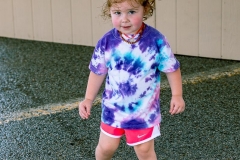 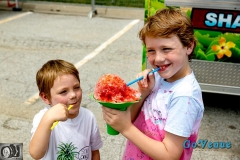 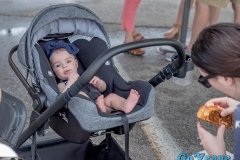 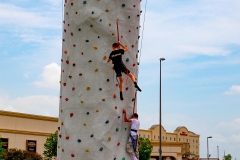 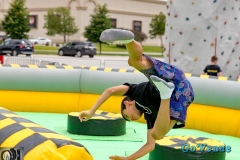 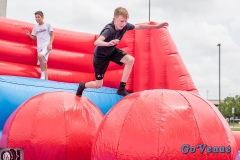 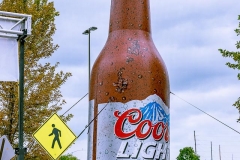 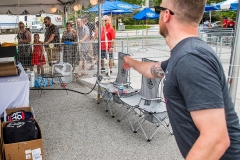 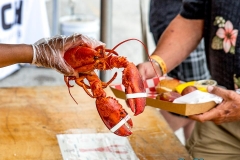 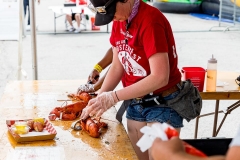 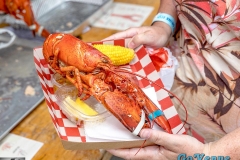 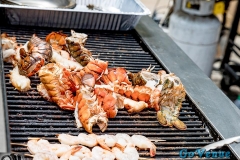 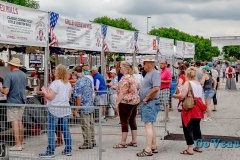 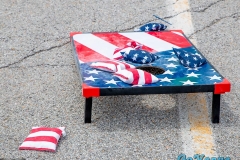 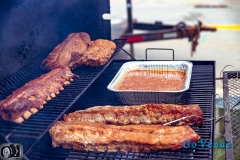 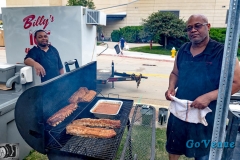